We’ve added Mass Effect to our list for the representation that it brings amongst its characters within the disabled, neurodiverse and chronically ill communities.

It’s important to also note that the through line of the story revolves around cooperation being the key to survival, which is reflected in the gameplay with each character having different, combo-able skills (there is even a line that explicitly says the reason the Protheans failed to stop the Reapers was they were too homogeneous).

We’re able to see characters in-game who are immunocompromised, characters with conditions like osteoporosis (Vrolik syndrome), and characters who are neurodiverse. These characters are not being hidden, or ‘fixed’ within the ME universe, and instead offer a place for more players to see themselves within games. 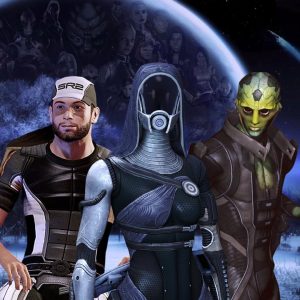 “What starts as a routine mission to an agrarian outpost quickly becomes the opening salvo in an epic war. As the newly appointed Executive Officer of the SSV Normandy, you’ll assemble and lead an elite squad of heroes into battle after heart-pounding battle. Each decision you make will impact not only your fate, but the destiny of the entire galaxy in the Mass Effect trilogy.” 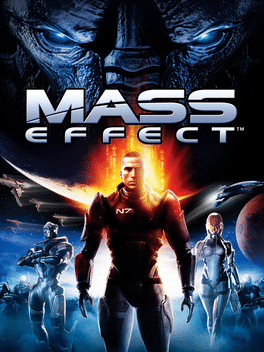 How Being Immunocompromised Affects Your Mental Health with Ellen Rose

In this episode of the podcast, Rosie talks to Ellen Rose from Outside Xtra about her journey with mental health whilst being immunocompromised during a pandemic. We also discuss the anxieties that accompany us from events, travelling and day-to-day life....

Hymble Ventures is a 2.5D sci-fantasy platform game about an insect-like alien on the autism spectrum. Players join Hymble on their adventure through Hymborgia, Eukaterra, to find and discover a mysteriously wandering maegent. Hymble Ventures features many environmental puzzles, metalhead...

Being a Carer in the Video Games Industry

Working within the games industry can present a number of benefits and challenges that we cover in our day-to-day life, but not many of us have covered what it is like to be a carer whilst working in the games...