Sightseeing in Spider-Man: how ditching web-slinging for walking photography saved my mental health during lockdown by Joe Donnelly

I crane my neck and stare in awe at the art deco skyscraper before me, 102 stories of limestone and granite towering over the busy New York City streets below. I’ve passed this building countless times before, granted, but from this angle – at ground-level, rubbing shoulders with thousands of pre-occupied pedestrians – there’s something so humbling about basking in its shadow.

Two streets over, I sense an armed robbery in progress but I ignore it. It’s my day off, I think to myself, before leaving this one to the boys and girls in blue. What I do instead is pull out my camera, take a snapshot and the read the following message as it flashes across my screen:

For me, the in-game photography suite in Insomniac Games’ Spider-Man is second to none, making full use of its gorgeous scaled-down slant on the Big Apple. Since its PlayStation 4 release on September 18, 2018, and its Remastered iteration on PlayStation 5 in November last year, players have wowed with amateur galleries of Marvel’s favourite web-slinger perched upon the lightning rod of the Chrysler Building, dangling from the apex of the Washington Square Arch, and zipping around the sun-kissed Manhattan skyline, to name but a few of the game’s most commonly snapped photo-ops.

Throw the superhero caper’s comic book combat and high-altitude traversal into the mix and you have something special – to the point where there are few things more satisfying than capturing one of the eye watering beauty spots outlined above. Or a perfect slow motion roundhouse kick just as your foot connects with the jaw a faceless Kingpin goon. Or ticking off another of the game’s extensive list of ‘Landmark’ locations – a mix of real-world and fantastical sights, alike such as the Brooklyn Bridge, the Wakanda Embassy and the Avengers Tower – before slapping on a hashtag and sharing the scene on social media.

With so much to see and do the scope for replayability in Spider-Man is huge, which is why it quickly became one of my favourite go-to games during the last year and-a-half of quarantine amid the ongoing global pandemic. Like so many people during the longest stretches of lockdown, my mental health suffered. On my darkest days, while struggling with the isolation of the “new normal”, I became seriously excited at the mere thought of visiting this virtual version of Manhattan as a break from an increasingly uncertain reality.

And it was during these process that I fell in love with a whole new way of playing. Equipped with only a camera, I set about completing the game’s ‘Landmark’ challenges exclusively on foot, taking snaps of the city’s most popular sights while soaking in its atmosphere at ground level – something often missed while traversing above.

Before unlocking fast-travel, swinging from building to building is the fastest way to get around in Spider-Man’s urban sandbox, so much so that it’s easy to forget the sprawling world below. During lockdown, at a time when holidays and real world exploration became impossible overnight, I delighted in exploring Spider-Man’s game world at a thoughtful pace, in essence guiding Peter Parker through an unorthodox, non-combative walking simulator, paying no mind to thwarting Doc Octopus in Story Mode or the dynamic crime set-pieces unfolding all around in Free Roam.

Playing Spider-Man as a walking photography simulator, then, is hardly how Insomniac intended its larger than life action adventure game to played, but I nevertheless found myself enjoying it most while wandering around the streets of a world so rich in atmosphere, character and life as I played tourist in a digital city that never sleeps.

On the evening of Sunday, March 22, 2020, the UK Prime Minister Boris Johnston addressed the nation on the telly and told us the country would enter lockdown the following day. If you were able to work from home, you were advised to do so. We were told to limit contact with others, to avoid cuddling and to wash our hands thoroughly while singing Happy Birthday. We were told to steer clear of public transport, and we were told to limit outside exercise to just one hour per day.

It was rubbish. But I had New York. I had Peter Parker, a camera, the Chrysler, the Flat Iron, Central Park and St Patrick’s Cathedral. I had the Empire State Building and the huge shadow it cast deep into the hustle and bustle of this make believe Fifth Avenue. I had a world whose rules remained the same when the real world around us was thrown into chaos.

If your mental health has suffered in the last 18 months, I hope that you’ve found the strength to talk to someone – a friend, a relative, a mental health professional or maybe even all three. If you’re not quite there yet, or maybe just want to lose yourself in a video game for a little while, I can’t recommend grabbing a camera, stepping out in your favourite Spidey suit and hitting the road on foot enough. 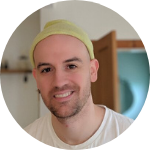 Joe Donnelly
Joe Donnelly is a Glaswegian writer, video games enthusiast and mental health advocate. He has written about both subjects for The Guardian, VICE, his narrative non-fiction book Checkpoint, and believes the interactive nature of games makes them uniquely placed to educate and inform.

Nicky Case is a Canadian indie developer whose free and readily accessible browser games challenge us to think differently on a range of sensitive subjects which can hugely impact our mental health. Coming Out Simulator is a semi-autobiographical text-based adventure...

An Interview With Joe Donnelly, Author of Checkpoint

We were delighted to interview Joe Donnelly, who is the author of Checkpoint, which explores how video games can contribute positively to our mental health through personal journeys, discussions and interviews. Safe In Our World was able to be a...