Home  >  Latest News  >  Where’s that music coming from? How fight music can help teach us reframing by Alex Dewing

Where’s that music coming from? How fight music can help teach us reframing by Alex Dewing

I’m certain that we have all been in a situation where we’ve been overwhelmed by emotion seemingly out of nowhere.

They’re situations like those in video games, where battle music swells when you thought you were just out exploring. At least, that’s how I envision it, and I think it’s an analogy that helps, since this kind of video game music demonstrates a technique incredibly pertinent to dealing with emotions of any kind: reframing.

Reframing is a therapeutic technique that asks you to reframe, or re-examine, a situation, thought, or emotion. It invites you to take the time to look at what it is you’re thinking or feeling from a different point of view, and can help you feel better about an issue or aid in uncovering new ways to deal with it. That isn’t to say that reframing aims to undermine your emotions; instead, it is simply about understanding that there are more ways to view a situation than one, and that positive thoughts can easily replace or comfortably exist alongside perceived negative ones.

It sounds simple, but that’s not always the case in practise, especially since it can be hard to envision the effects of reframing. This is where combat music comes in. The first time Field Battle music sprung out of nowhere while I was wandering in The Legend of Zelda: Breath of the Wild I remember being hit with an immediate sense of anxiety, my brain and body telling me to start to panic even though the enemy were nowhere to be seen. After finding and dealing with the relevant Bokoblins, I carried on and the next time Field Battle played I was a little less scared than I had been before. 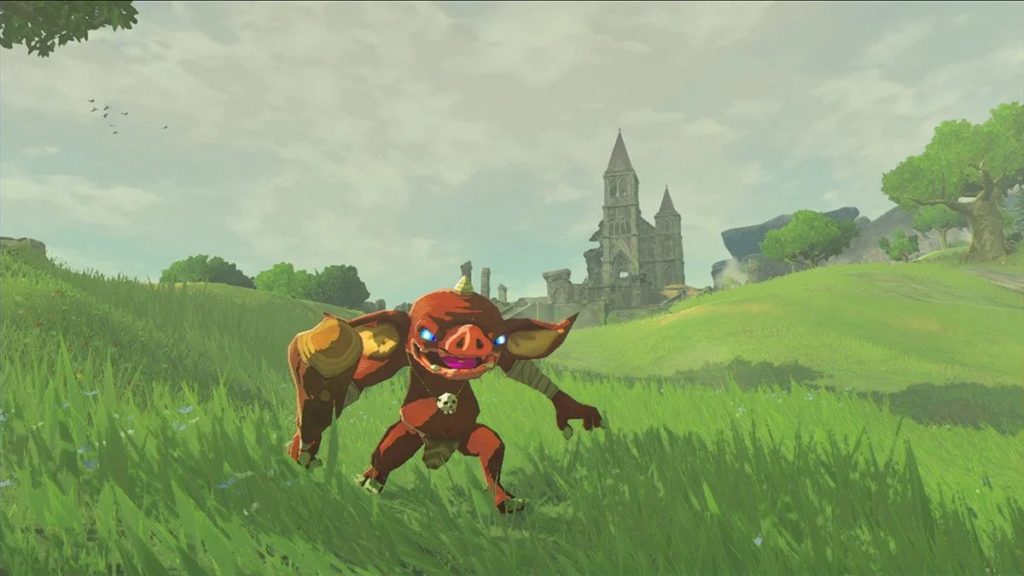 This is how we can link combat music and reframing (two things that otherwise should not easily go together). As you keep playing your game, the impact of the musical cues lessen and transform in a way that is clear to see. It’s a change in your immediate response to a piece of music that illustrates how over time you can change your response to things in real life when reframing is put into practise. Rather than going straight into ‘panic mode’ as you are likely to do the first handful of times fight music begins to play, your reaction alters, instead simply prompting you to look at your situation and ask “Is this helpful?”.

The space this provides you helps you to validate your feelings and reactions while also allowing you to see them from a new angle. Imagine: fight music begins to play and you see that your enemy is far in the distance, they pose no threat to you now; but if that music hadn’t sounded you might have run straight into the ambush, so now you can safely retreat until the frenetic battle music is replaced with soothing atmospheric sounds. While negative thoughts or feelings won’t disappear or magically change, reframing will gradually help lessen the the paralysing effects they can have.

Combat music and reframing both also find similarities in the ways they can bring a sense of control in an otherwise uncontrollable situation. Whether you’ve stumbled upon a random encounter with a wild Wooloo in Pokémon: Sword or have reached a fight sequence in Twilight Town in Kingdom Hearts, combat music itself will almost universally play before combat actually begins. It’s essentially giving you the chance to take stock of a situation, to decide whether to fight or flee – or maybe find another route altogether. Reframing offers you that same sense of control as, through the practise, you can learn to better control how you view things in your life and consequently how you feel about them. Sometimes all you need is space and a different viewpoint for things to feel less overwhelming. 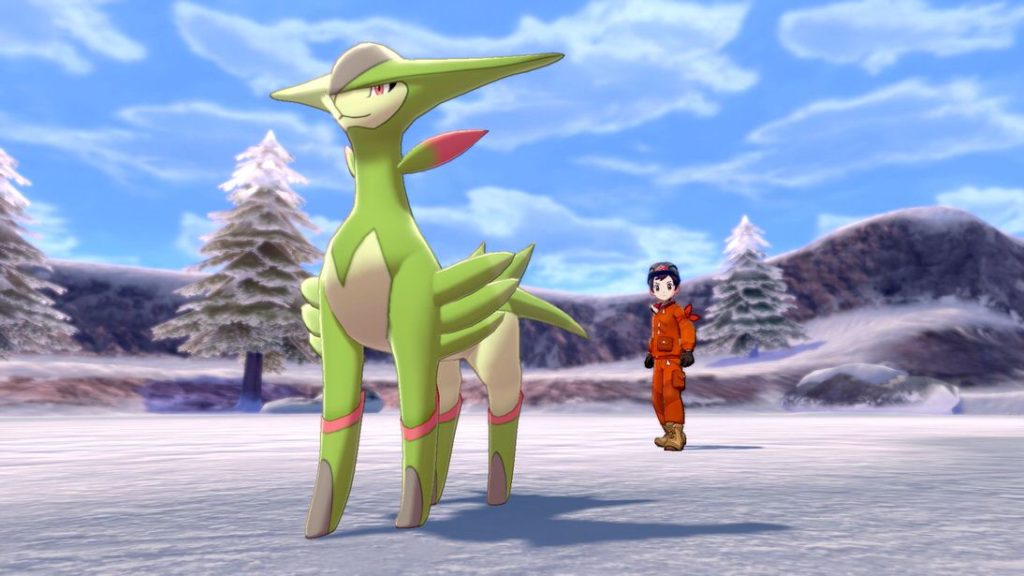 Combat music in video games is inherently created to evoke well-designed anxiety. Some games’ soundtracks choose to leave no space to breathe at all; games like Hotline Miami or Crypt of the Necrodancer, whose pulsing adrenaline boosting soundtracks encourage the player to an almost unrelenting extent. Games like Zelda, Kingdom Hearts, or Pokémon, however, use this kind of music to punctuate periods of exploration, gathering, or platforming, heightening the music’s sense of anxiety due to its unpredictability. But arguably, games wouldn’t be as fun without these moments and songs. The enjoyment, triumph, and return to relaxation that they provide a player with make it all worth it — much like in real life. 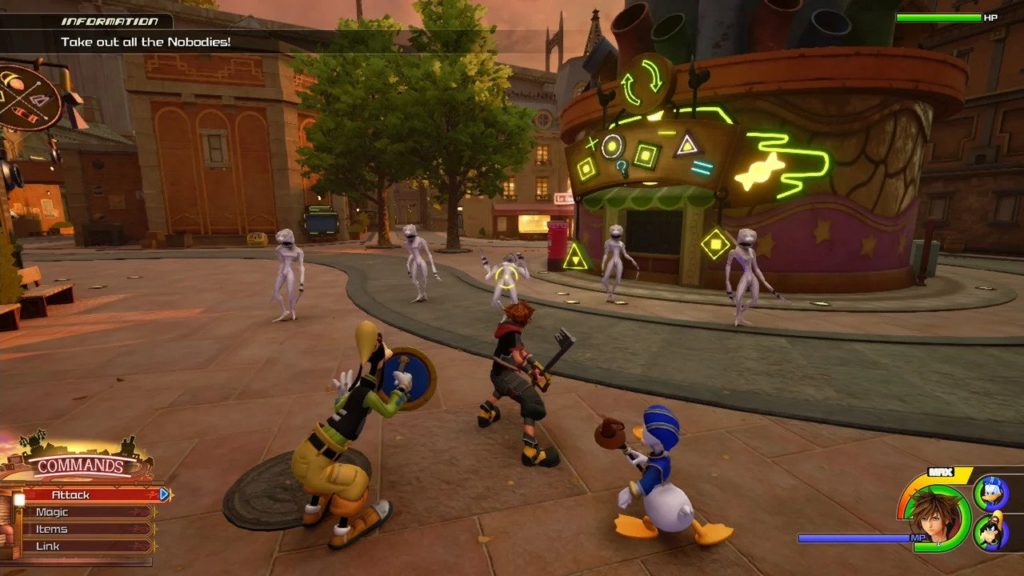 It’s probably not surprising to learn that reframing isn’t far removed from mindfulness. Like this type of meditation, reframing isn’t about an end goal. It isn’t about changing your mind or suppressing emotions. It’s just about finding space to step back with newfound objectivity and calm. Combat music makes it clear that we have more control over our emotions than it often feels. And that, as with most things in life, sometimes all it takes is time, practice, and a new point of view. 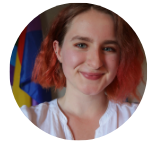 Alex’s Portfolio
Alex is an entertainment writer and (wannabe) community manager. An avid gamer, cartoon fanatic, and lover of pop culture, she is dedicated to diversity on-and-behind the screen and is the host and producer of video game podcast The Lag.

‘Music On, World… On’ – The Beautiful Connections Between Game Soundtracks and Mental Health by Ruby Modica

“But that isn’t REAL music!” says the impertinent individual to the gamer. “REAL music has words and progression, but all game music is tuneless and repetitive!” These derisive comments are an occasional occurrence for those who make game soundtracks a...

Across 2016-2017, I worked as Audio Lead on ‘Planet of the Apes: Last Frontier’.  A massive personal undertaking, and a project I am still especially proud of for a number of reasons. I was individually responsible for not only composing the...