Friends of Safe in our World, Seven Squared is collaborating with Safe In Our World to design and release apparel. Seven Squared create and retail brilliant gaming related apparel, featuring some of the most revered gaming characters and titles of all time, including the likes of California Games, and designs inspired by some of the greatest creators of our time, including the seminal Bitmap Brothers.

The first in a series of collaborations is with The Oliver Twins, with the seminal character, Dizzy appearing on limited edition tee shirts. Available for £19.99 on Seven Squared’s website (https://sevensqua.red/), this initial launch sees all royalties due to the Oliver Twins going to Safe in our World. Additionally, Seven Squared will be donating a portion of its profits to Safe in our World, having already donated significantly from all Tee sales to date.

Seven Squared, a collective of gamer artists, illustrators, designers and licensing professionals led by IP licensing veteran Simon Kay of AT New Media, are sharing their journey of playing computer games throughout their lives by licensing, designing and delivering bespoke limited edition apparel that uniquely tells the history of video games. 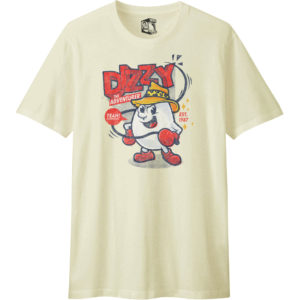 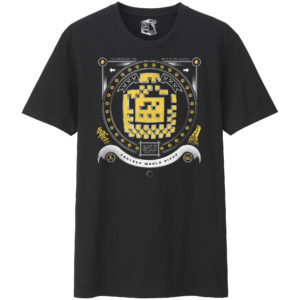 Simon Kay of Seven Squared / AT New Media commented, “I am a passionate advocate for positive change in mental health awareness and the need for everyone to support not only themselves but others too.” He continued, “Safe in our World is taking the first steps to make a difference in a digital world where games are at the heart of many minds. The opportunity to be involved and support this initiative was timely and we are delighted to help where we can. The journey playing computer games generates wonderful memories and conversations, and we hope integrating Safe in our World into Seven Squared’s journey will enable more good work to be done.”

Philip Oliver, half of the partnership which created one of the 80’s & 90’s most loved characters, said, “I’m delighted that we are able to support such a worthy cause, and we congratulate Seven Squared on its passion and drive to keep Dizzy alive for such a brilliant cause.”

Chair and Trustee, Leo Zullo commented, “We are delighted to be collaborating with Seven Squared on this apparel initiative which will grow with the Safe in Our World project. We’re humbled by the sheer scale of positive reception and support within the gaming community, and we cannot thank Seven Squared enough for their creativity and generosity.”

Starting with their loves from their teenage years, Seven Squared has crafted truly original designs that align with some of the greatest games ever made; from California Games to Monty Mole and Speedball to Horace; and there is so much more to come.

Throughout 2020 and beyond, some truly special editions, designed not only by Seven Squared, but in collaboration with the IP owners themselves will be released specifically for Safe in our World. Keep an eye out for new designs on https://sevensqua.red/ and remember, every sale raises money for Safe in our World.