The Longest Walk is a BAFTA nominated biographical walking simulator game about Sandy’s dad’s experience of living with depression and suicidal ideation.

The following game discusses themes of depression and suicidal intent which some players may find distressing.

The aim for this game is to help reduce feelings of isolation and encourage those who are struggling with depression or experiencing suicidal thoughts to reach out for help.

The game centres around the Tay Road Bridge – a crisis area between Dundee City and Fife for those seeking to take their own life – and tasks the player with virtually walking in Sandy’s dad’s footsteps as he recalls his journey through some of the toughest moments in his life.

We also spoke to Sandy in an interview about the process of creating the game. 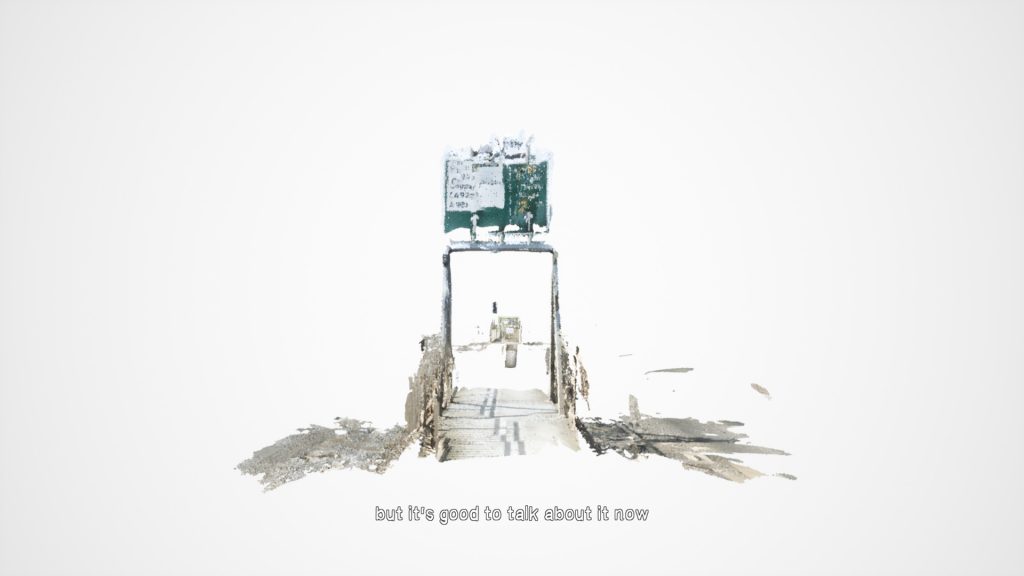 Over the past five years Dundee City has been one of the council areas with the highest suicide rate in the whole of Scotland. The game takes place on a walk over the Tay Road Bridge, which is an infamous local landmark for those seeking to take their life.

Whilst my father’s experience and the locations depicted in the game are specific to him, the thoughts, feelings, and message conveyed through his recollection of lived experience are universal.

This free documentary game is part of a series of biographical game prototypes that Sandy is developing for his PhD at Abertay University – Funded by The Northwood Charitable Trust – and was inspired by games such Actual Sunlight and That Dragon, Cancer. This game is published under the Abertay Game Lab practice-based research group.

Being able to escape helped me cope – By Emily Mitchell

Winning the YGD BAFTA for my game Fractured Minds has completely changed my life! It was the first positive step in a long road of recovery, a road I’m still travelling today.   When I was around 12 I started...

In this interview, we speak to Sandy Tarvet, developer of the game The Longest Walk, about the process of developing such a personal and emotional experience. In October 2022, Safe In Our World travelled to sunny Glasgow to attend Scottish...