Valiant Hearts is an incredibly emotional game, first and foremost.

Whilst many games depict war, Ubisoft’s Valiant Hearts takes a different approach, and looks into the effects of war upon people rather than the violence associated within warfare itself.

Over the course of the game, players will take up the roles of four different main characters, each with their own characteristics and puzzles. The puzzles are light, and set within this age-accessible sidescroller.

Players will watch a beautifully interconnecting story where characters help each other to retain their humanity during the horrors of war. One thing that drew us in most when looking at this game, was how much time players spend helping people. This combats the traditional stereotypes within war-focused games in an empathic way.

Ultimately, this game is an emotional reminder of the psychological effects of warfare, and encompasses human emotion throughout the plot.

If you have been affected by war, please consider viewing our Crisis Hub, where we have gathered resources to support those affected by conflict. 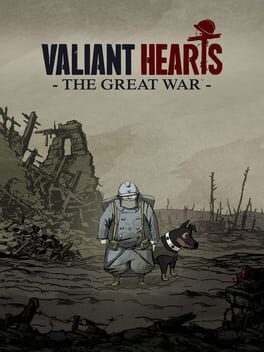