Home  >  Latest News  >  An Interview With Elitsa Dermendzhiyska on Betwixt

An Interview With Elitsa Dermendzhiyska on Betwixt

We hosted an interview with Elitsa Dermendzhiyska, entrepreneur and science writer about Betwixt; an iOS experience described as “Lifeline meets Lord of the Rings”, bringing together fantasy and psychology.

Can you tell us a little bit about your background and what Betwixt is all about?

Elitsa is an entrepreneur and science writer interested in the human psyche. In 2019, she convinced a group of UK authors and thinkers to tell a deeply personal story in a book called “What Doesn’t Kill You.” That’s how she met Hazel, who was one of the contributors.

Hazel is a therapist and internationally published author, whose approach to wellbeing was profoundly shaped by her former life as a champion boxer and kickboxer. Twelve years ago, the stress of competition drove Hazel to emotional and physical burnout, and she spent years in therapy re-thinking the meaning of strength and success. It was this journey that inspired her to train as a therapist herself and help others win their own emotional battles.

Betwixt was born out of our collaboration with game designer and fiction author Natalia Theodoridou (2018 World Fantasy Award winner). Our goal was to create a safe, magical space for anyone to explore their own mind. Betwixt combines fantasy and psychology into a choose-your-own-adventure game that our players describe as a cross between Lifeline and Lord of the Rings. 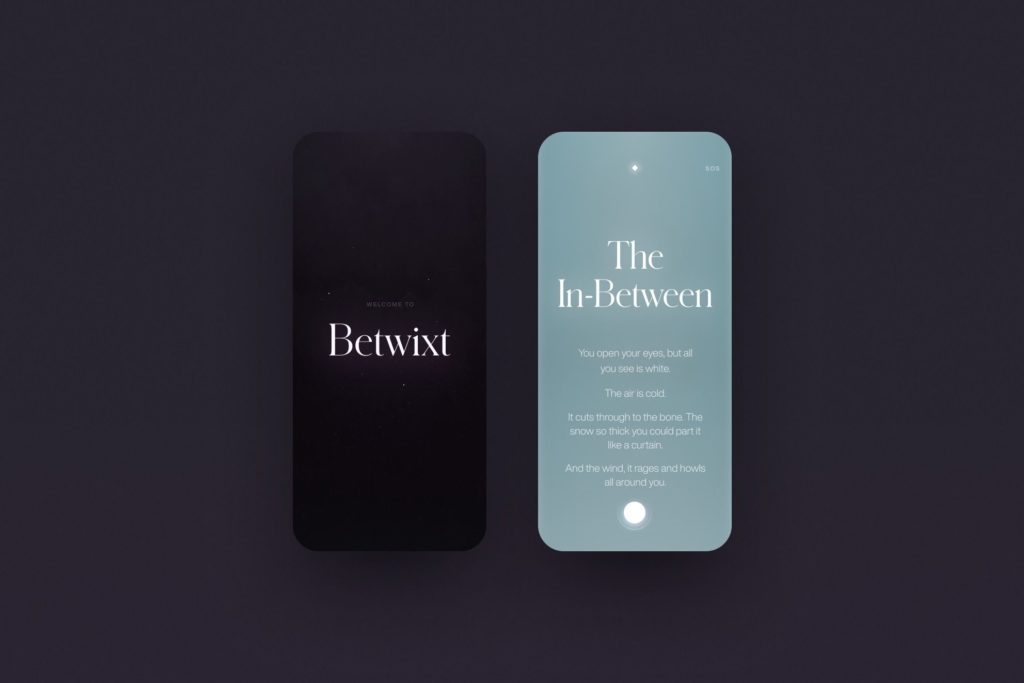 How did you first come across the concept of Betwixt, and how has it evolved since then?

Ellie left her job in tech in 2016 in order to study mental health. Over the course of many interviews, she noticed that a lot of people coped with distress by playing video games, despite the thousands of mental health apps out there. In her private practice in London, Hazel, who is a lifelong gamer, had noticed that storytelling, play and creativity really helped her clients open up and engage in sensitive personal topics. So, when we met, it instantly clicked for us that there was enormous untapped potential in games being used as vehicles for personal change.

Since then, Betwixt has evolved from a basic chatbot-like application running on Facebook Messenger into a polished digital experience complete with immersive sounds that gives players the opportunity to co-create and make the story their own.The result is a magical space where imagination and reality collide, where players can practice emotional mastery and learn important skills while being engaged in an epic survival story.

Betwixt has a lot of scientific based research that has driven the app forward. Can you tell us about the practices that are embedded within the mechanisms of Betwixt, and how they are designed to impact player interaction?

In Betwixt you play as a lone figure trapped in a strange, magical world that responds to your emotions and makes real what you think. With the help of a mysterious guide known as “the voice”, you try to escape the In-Between and in the process, you learn how to wrestle negative thoughts and feelings, and develop self-awareness, which has been shown to be a protective factor against many common mental health problems.

Betwixt fuses story and play with elements drawn from psychology research and therapeutic practice. This is done in a way that allows players to practice self-reflection and develop emotional literacy without compromising their engagement – an aim that has guided all of our design choices. Woven into the story are techniques grounded in: 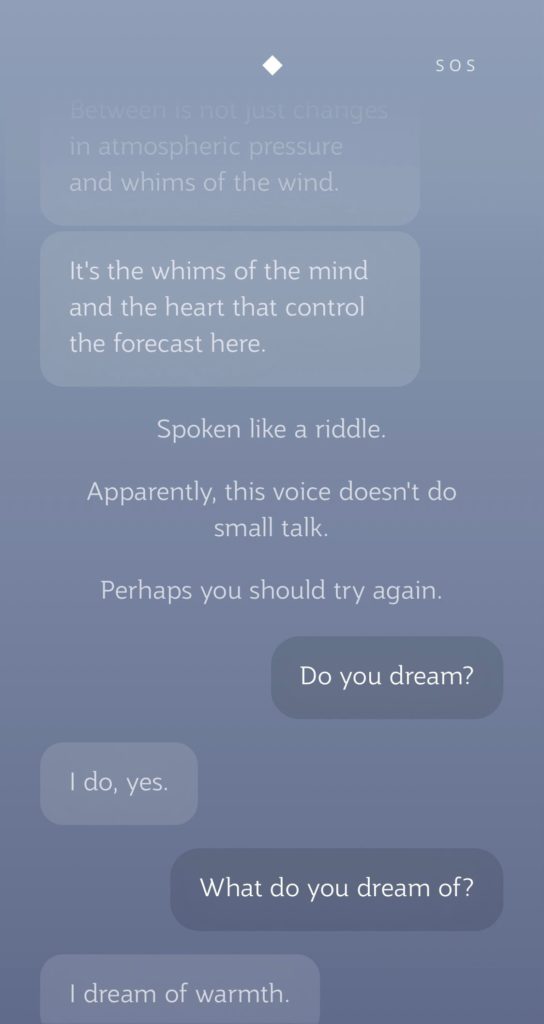 What sorts of take-homes are you hoping players can get/achieve from Betwixt, and do you see any barriers?

Betwixt combines fantasy and psychology in a way designed to empower players to engage with their own lives as the heroes of an epic tale. And this is one of the key take-homes we hope people would get from the game. It’s a mental shift that increases your sense of agency in the face of struggle and enables you to reframe problems as challenges that are part and parcel of the hero’s journey.

If you manage to see yourself as the protagonist of an epic story (even a little bit), you can avoid feeling victimised by the setbacks along the way, because your willingness to confront obstacles is precisely what defines you as a hero in the first place.

Do you see the theory currently being used through Betwixt in the future of mental health related game titles?

We certainly hope so! Betwixt was recently showcased as a model for the future of mental health chatbots at the global conference on human-computer interaction CHI, and we’d be thrilled to see how our approach can help re-imagine play as a powerful tool for self-understanding and positive personal change.

Described as Lifeline meets Lord of the Rings, Betwixt is a choose-your-own-adventure game in which the only way to survive is to face yourself.  You play as a lone figure trapped in a strange, magical world that responds to your...