We’re delighted to have Seven Squared and EA’s support for a retrogaming selection of tees! 100% of the profits from these tee sales will support the charity, and we have to say, the designs are pretty epic. Check them out for yourself below!

Between 1987 and 1997 there was such a vast array of amazing games that were part of the journey and a few that were very significant for the overall story. Electronic Arts became one of the industry’s most iconic names in this period and has continued to build and manage some of the most memorable game brands. Many of which we spent an inordinate amount of time playing on our own and with friends.It is our pleasure this year as our 100% of profits to Safe In Our World chapter to bring you a collection of classics, all of which have their moment and are deserving of being part of the Tee story. – Seven Squared 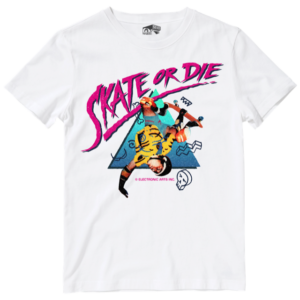 “You will know by now that the Epyx games formed a key part of our journey in the 80s so there is no surprise that Skate or Die makes an appearance in this chapter. In fact, it was a bunch of ex Epyx developers who were used to put this one together and it also forms a huge part of the EA story and it’s founder Trip Hawkins. We played many of these games ourselves on the C64 but it was a franchise that was available on Atari, Spectrum and Amstrad platforms as well. It also got on the NES. It almost made a triumphant return in 2003 after 12 months of development but it never saw the light of day. We are sure it will be back again at some point so more fans can Skate or Die.” 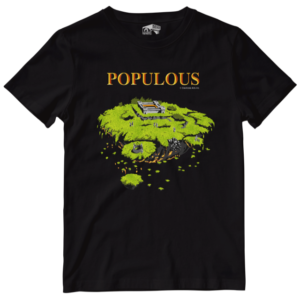 “A Prototype invented via a board game using Lego! That is a story in itself but totally true. We first came across Populous at a friend’s house on the Amiga and it quickly switched us on to God games.

Due to its success and timing, it is also massively important to the overall story and growth of game play on particular platforms the franchise went on to become one of the best-selling PC games of all time! Defeat your enemy with divine powers and increase your populous over 500 levels from an isometric perspective with awesome graphics, gameplay and sounds.” 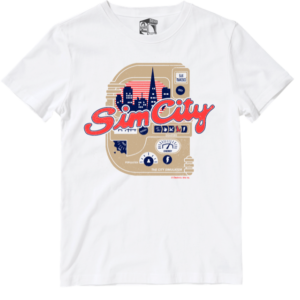 “More overhead wonders in 2D arrived in 1989 with the first iteration of Sim City. Innovative, addictive and educating. Yes educating! Few can say they built a name for economics, urban planning and politics in a video game. Design inspiration did take us down the path of adding Godzilla to the original Tee creative but we swiftly removed it. If you know, you know. Ultimately this and its successors under the “SIMS” brand would become one of the most iconic and best selling franchises in video games history. If you have never played one of these games, you are really missing out.” 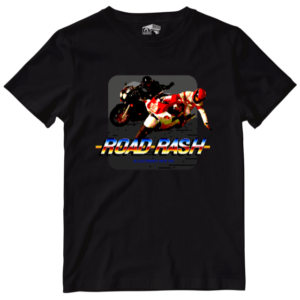 “One of THE games of the Sega Megadrive period for us and many was Road Rash. This is one of those Simon remembers a lot from when he borrowed his mate’s Megadrive and spent hours playing this game and NBA Jam amongst others. What made this game addictive was that it wasn’t only the bike racing and competing to beat your opponents that was fun, you literally could beat them. Yes, you could and not just with your fists. Nunchucks at the ready anyone! This was also a significant moment for EA as it was one of the first games they conceived and developed in house as opposed to just being a publisher as such. Yet another moment from the journey many probably did not know but we are here to help tell the story in this unique way.” 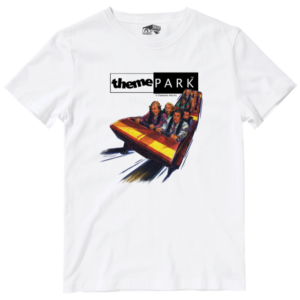 “After games like Populous and Sim City, construction and management was taken to a whole new level with Theme Park. This game has also been the inspiration for many other theme park based games since. We were also in a period of time where the quality of PC based games of this nature was taking over from console versions due to the intricacies of gameplay and ability of the platform to deliver more. It was just easier on the PC even though you could play on the Megadrive as well. It was the perfect companion for when theme parks in real life were going through a real popularity burst. Build, run and sell and move on to the next opportunity. The rewards and game progression if you were into this stuff was awesome.” 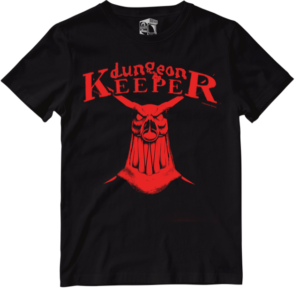 “Real time strategy and dungeons! What is there not to like about this idea? It was a little dark in places but with the horror movie genre being big at the time, it was just one of those games that took you to another place but seemingly whilst in control of it. Manage your imps, dig your tunnels, get your gold and slap (yes slap them with THE Hand), capture enemies and travel through portals to enhance your game experience. Just keep your heart meter and that of your team up or it is all over. The Giants, Wizards and Samurai warriors would impact the gameplay also at any moment.

The sounds also really gave you a sense of power which in a game like this was a crucial aspect. As the story goes, the creator of the game Peter Molyneux came up with the idea in a traffic jam and he was so engrossed in the idea in his mind that the traffic had moved on and he hadn’t.

All the best games creatives came from moments like these.”