What is Molehill Mountain and what is the purpose of the app?

Molehill Mountain is an app designed to help autistic people understand and self-manage their anxiety. We wanted to create a source of support that was digitally and freely available, as anxiety is very common among autistic people. It is estimated that 30-40% of autistic people have symptoms of anxiety disorder.

This is much higher than in the general population, where the percentage is 10-12%. Sensory issues are also common in autistic people and can be an extra cause of anxiety. In addition, common autistic traits such as rumination and alexithymia (a difficulty identifying emotions) can make anxiety worse and treatments such as talking therapies less effective.

How did Autistica begin the journey of creating a wellbeing focused app as an alternative outlet to existing resources?

Autistica initially worked with researchers at King’s College London on producing a CBT (Cognitive Behavioural Therapy) workbook for autistic people with anxiety. It was a printed guide with advice and activities. This was a great start, but the material seemed more suited to an app so you could access it anywhere and at any time.

Autistica and KCL then worked together on the first version of the Molehill Mountain app, which was released in 2018. This was a relatively small project, but allowed us to see whether there was an audience for this type of app.

This first version of Molehill Mountain was a success. However, there were features which had to be left out due to the pressures of time and budget. For instance, we had included a tips section but not the CBT activities. In light of this, Autistica and KCL then obtained a larger grant to build the current version of the app, which is when I joined the project. 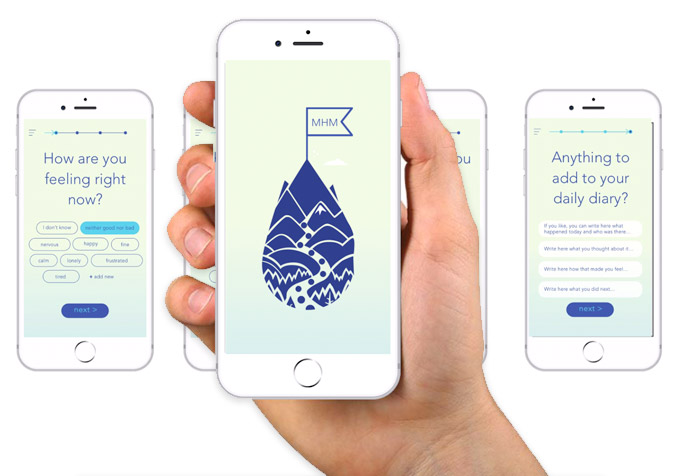 What inspired Molehill Mountain, and how is it different to other mental health apps?

There are many anxiety apps, but none really focus on the specific needs of autistic people. By working with autistic testers, and autism researchers, we’ve been able to personalise the app in a way that makes it more relevant and effective for autistic users. For instance, most anxiety apps focus on phobias and general anxiety. Autistic people can experience these forms of anxiety, but they are also affected by social anxiety and sensory issues and these are reflected in the design of the app.

For example, we ask the user to log their anxiety. If you start typing “pla”, a neurotypical anxiety app might suggest “plane crash” as flying is a common phobia. However, we also suggest things like “change of plan” and “open plan office” as these are more relevant to autistic people. This sort of thing can seem unimportant from a usability point of view, but it helps an autistic user feel that the app is designed for them.

We also reflect this approach in the tips section. The first tip acknowledges that sensory issues such as crowded environments, harsh lighting, random noise and strong smells can be all be major causes of anxiety. You may not find these as prominently featured in a neurotypical anxiety app.

We give more space in the tips to conditions like alexithymia and rumination which are more common in autistic people and can affect how they experience anxiety or respond to treatment for anxiety. We also try to avoid phrases or advice which may be triggering.

We involved autistic people throughout the development of Molehill Mountain. I started this phase of development by reviewing the first version of the app which included feedback from user interviews and user testing. We also went through the app screen by screen to check for any usability issues.

Together, this allowed us to identify some existing issues and possible solutions. I then did an online survey and followed this up with in-depth user interviews. At that point, I was particularly interested in hearing why people had stopped using the app. This was a good approach as the survey identified two useful groups: on one hand, there were those who didn’t find the app relevant to them and had abandoned it relatively quickly, and on the other, there were those who had used it so much, they had got bored of it.

We did some further user testing for our initial designs and went through several iterations of this. After launch, we then did a survey and some additional user interviews.

At each stage, we looked at several forms of data in parallel. I think that this is good advice for anyone developing an app or a game. Don’t just rely on one source of data or one approach to user research. If you have analytics data, do some user interviews as this can add depth (analytics can tell you what is happening, but not why). Likewise, the interviews can suggest things to look for in the data and surveys can confirm if an issue raised in a user interview is widespread or rare.

What do you think the main take-home is for people using Molehill Mountain?

If I was to give one bit of advice about using Molehill Mountain, it would be to “give it time”. Some people will download Molehill Mountain and do one or two check-ins before quitting. This is too early. We know that anxiety affects a lot of autistic people so they would see a benefit if they kept using the app for a little while longer.

This is very common issue and affects all self-help apps, not just Molehill Mountain. In this version of Molehill Mountain, I included some details inspired by fitness trackers like progress charts and check-in streaks to provide more feedback and encouragement.

You need to use Molehill Mountain for a while to start to see the benefits. For instance, we have progress charts in the app and it takes a week or two until you will start to see a pattern in the check-ins. You will also start to notice your most common anxieties and get to the more tailored tips. 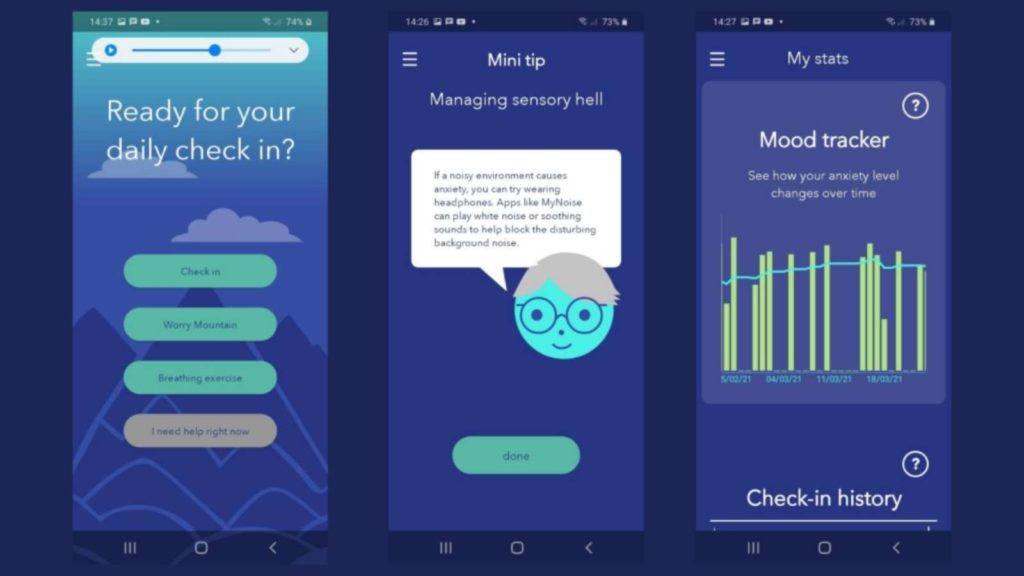 Are you planning to evolve the app in the future?

At the moment, we’re taking a pause from actively developing Molehill Mountain. We could develop it further, but for now it seems better to take what we have learnt from developing the app and apply it to other issues. At Autistica, we have set visionary and ambitious 2030 Goals, which will help us achieve our mission to see all autistic people live happier, healthier, longer lives. The goals are centred around support post-diagnosis, employment, public spaces, annual health checks and attitudes to autistic people. I think there is great opportunity to develop apps covering these fields, and we will of course revisit Molehill Mountain in due course.

We’re always delighted to chat with the names behind the games, and this was no exception. You can check out the game highlight on our mental health related games and apps page.

Molehill Mountain is an app to help autistic people understand and self-manage anxiety. You can use Molehill Mountain to explore the causes and symptoms of anxiety. Track your worries and the situations that trigger anxiety. Get evidence-based daily tips to...