Another Day, Another Interview

In this interview, Rosie catches up with Another Dollar Studios; a student game dev team from Falmouth University about their game ‘Another Day’.

The game was part of the Cornwall House exhibition during the G7 Summit in 2021, and portrays the daily struggle experienced by those living in isolation in a claustrophobic environment during lockdown while suffering from depression and anxiety. 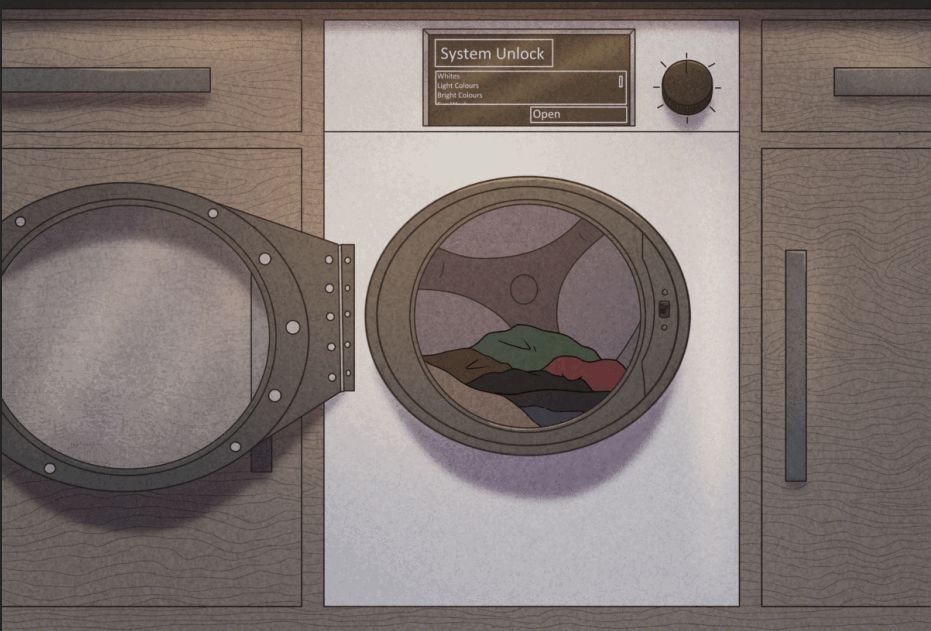 What were the inspirations behind this storyline?

Another Day was a deeply personal project for much of the team. Being students ourselves, and some of us having our own complex histories with mental health, we put a lot of ourselves into the project. The result is an amalgamation of our collective experience as students during nationwide lockdown.

The game for me (Rosie) perfectly illustrated what it was like having depression during the lockdown – how do you want players to perceive this game who may be less familiar with this feeling?

Thank you, we took a lot of time and effort to try to ensure that the experience felt right.

One thing the team identified during the idea development stage of the project was how difficult it can be for people who have not experienced depression to relate or empathise with those who are struggling, which can lead to them becoming isolated from friends, family members and colleagues when they really need their support.

Games are a powerful medium for storytelling and sharing experiences, arguably more than films or books, as players do not passively watch events, but actively take part – when reading a book or watching a film, we refer to the main character and their actions in the third person, however when playing a game we refer to the player character’s actions as if it was ourselves performing them. We want players to use the game as an educational tool to gain a better understanding of mental illness and what it can look like when someone is struggling.

We hope that this will be able to allow those who have not gone through the experience to feel empathy for people in their lives who may be going through a similar situation to the player character in Another Day. Although the experience may not be fully familiar to every player, small elements will be, even if it’s something as simple as struggling to complete a simple daily task.

We also want to emphasize the importance of reaching out to those who may be struggling. Depression and anxiety can be incredibly isolating, and popping round for a cup of tea, a phone call or even a text can make all the difference to those who are feeling low.

If someone feels they are able to better understand a loved one who has depression after playing this, it would be truly amazing. 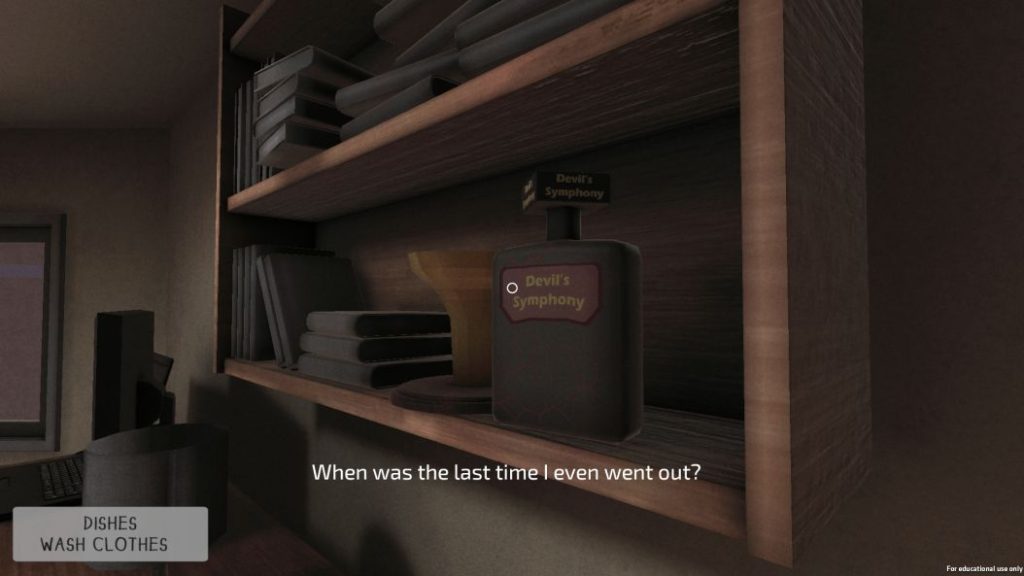 Another Day made it feel tiring to get up and do the basics – a lot of people who experience poor mental health will likely relate to this – why did you choose to tell this story in this way?

We knew from the outset that if we were going to make a game tackling mental health, we wanted to reflect reality, and not glamorise the experience for the sake of making the game more ‘fun’. We decided to lean into the inherent strength of games, using deliberately tedious mechanics with a heavy amount of repetition which become increasingly arduous to convey the difficulty that mundane tasks present to people with depression.

In addition, as the in game week progresses the player character’s self-talk becomes increasingly negative regardless of the player’s efforts to choose the more positive dialogue options. Dialogue branches depending on the selected options, but will always end up in the same place. This lack of agency was a deliberate choice to represent how oppressive mental illness (in particular intrusive thoughts) can be, and how difficult it can be to break free from the cycle of negative self-talk.

This focus on everyday tasks emulating a real world scenario helped to maintain the relatability of Another Day. We hope that those who have struggled with their mental health may find it validating to see a literal representation of their struggles, while those who have not experienced mental illness may understand how overwhelming and exhausting simple tasks such as brushing your teeth can become. 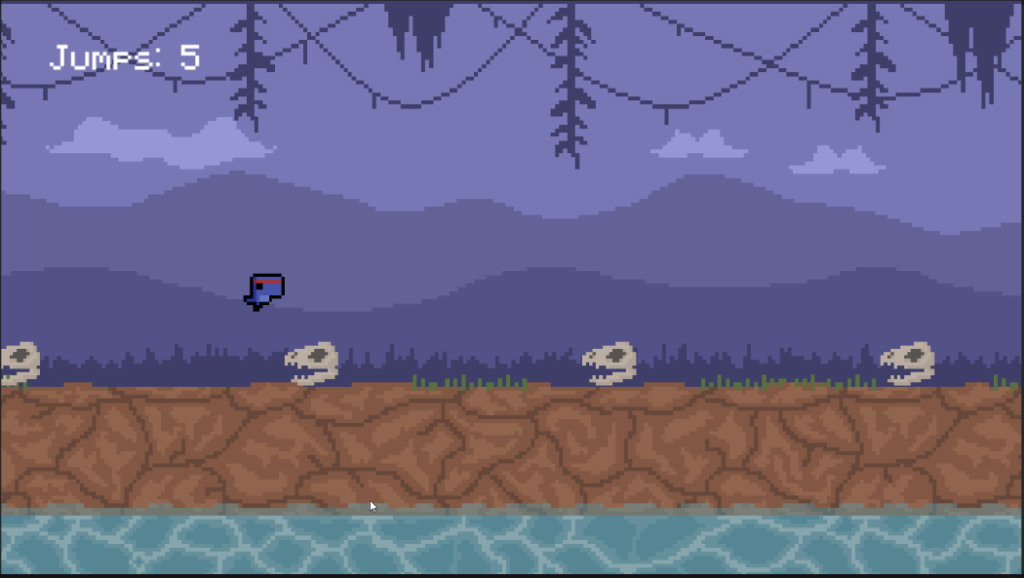 What were your biggest challenges and successes in creating a game that touches on mental health?

When engaging with any sensitive topic, it is incredibly important that delicacy and compassion are your primary tools in representation. Certainly, there were times we wanted to add in features or mechanics that, while sounding good on paper, would have likely detracted from the overall message we wanted to deliver.

Working closely as a team to ensure that all elements of the game reflected the experience that we wanted to create, as well as discussing our personal experiences and conducting extensive research and QA testing helped to ensure that Another Day represented depression and anxiety as accurately and respectfully as possible.

In addition, protecting the mental health of our players was important to us, and it was crucial that we made sure that the game’s trigger warnings were well written and clearly visible on our page, to ensure that players are able to make an informed decision before playing.

Protecting the mental health of the team was also highly important, especially as for many of us the game reflected personal experiences. The team made an effort to look out for and support each other, and in addition to holding daily team meetings to check in with each other, we held regular online game nights where we could chat, bond and let of some steam without the pressures of work.

Another challenge was maintaining a balance between it being a video game and a piece of educational media. Another Day was never intended to be a fun game, but a certain level of engagement needed to be attained so a player would not lose interest while playing. We tried to achieve this through an engaging narrative, and through the collectable books and games that the player can find around the apartment, which provide light relief from the rest of the game.

As a team we feel that we managed to create engaging player experience that tells an earnest and authentic story about someone struggling with their mental health. We were incredibly happy with the feedback we received when we released the game, as many players informed us that the game had left a lasting impact on them, and that they felt that the game dealt with mental illness in a sensitive and accurate manner. 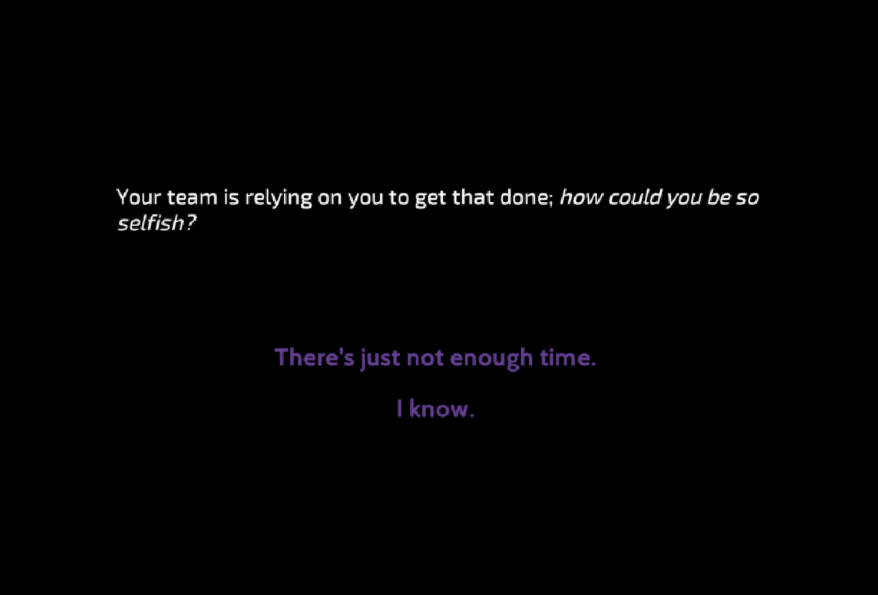 What would you like to see from other developers when addressing real-world problems?

When representing serious topics by gamifying them the difference between doing more harm than good and doing good is a serious grey area. While the intent can be to spread awareness for a topic, harm can still be done.

Accuracy and sensitivity is key. Perpetuating harmful stereotypes, spreading misinformation, insensitive depictions of real world issues and glorifying or romanticising serious situations adds to stigma and can be incredibly triggering for players facing these issues. While it is hard to foresee the impact a piece of media can have on its audience the most important thing any developer can do is put in the effort: do research, talk to people who have struggled, listen to professionals and above all else, include representation of serious topics to represent them and not for their shock value.

We would love to see more developers using the unique medium of videogames to raise awareness and shine a spotlight on issues that are in dire need of discussion. While there have been some stand-out successes, our industry has barely scratched the surface of what can be achieved in this area. We can’t wait to see what more talented developers are able to make in the coming years! 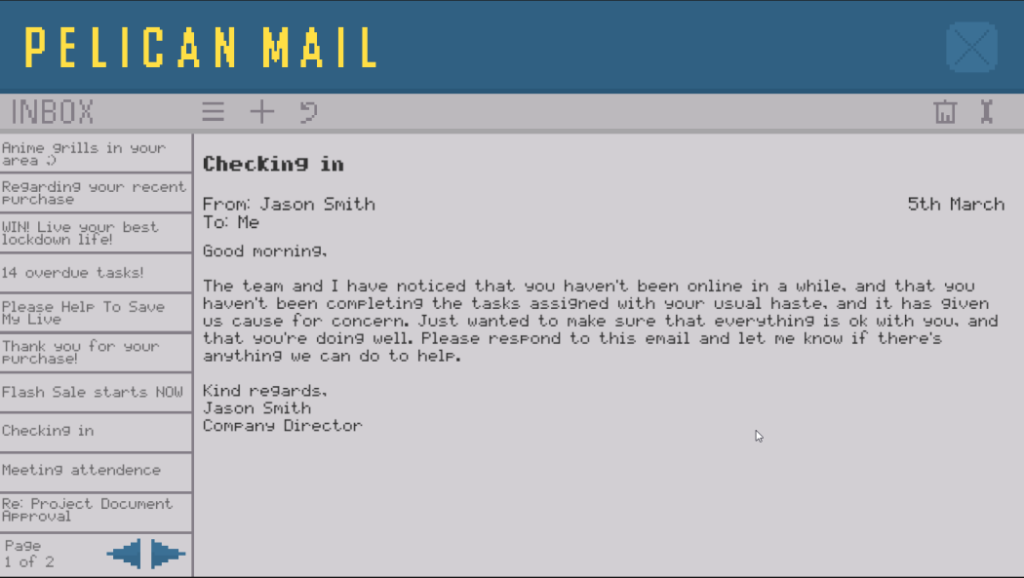 What is your biggest take-home for players of Another Day?

For those who have gone through or are going through struggles; you are not alone. Although it can be tough, there are people who are there to help.

For people who haven’t experienced mental illness, hopefully they have a better understanding of what mental health can do, possible ways to identify those who may be struggling and ways they can help. – Jacob (Programmer)

To those who have experienced or are experiencing mental illness: I want you to know that you are not alone, and that your experiences are real and valid. It can be such an incredibly difficult, horrible space to be in, and it can feel like you may never get out, but things can and will get better. Be kind to yourself. Don’t suffer in silence because you are concerned about judgement or you are worried about being a burden to others – there are people who can help and support you.

To those who struggle with their mental health: I hope that this experience can be a cathartic, validating experience for you. You are not alone, and you are not weak. You are loved; sometimes you’ve just got to pick up that phone. – Samson (Designer)

To those who know someone who is struggling: Reach out and tell the person how much they mean to you. Listen to what they have to say. Be patient and understanding.

To everyone: Mental illness can happen to anyone, sometimes with no obvious reason. It can be incredibly challenging and debilitating, and it is important that we work together to break the stigma surrounding it, and look out for each other. – Katie (Writer)

We’ve added Another Day to our list of mental health related games and apps.
Play Another Day. 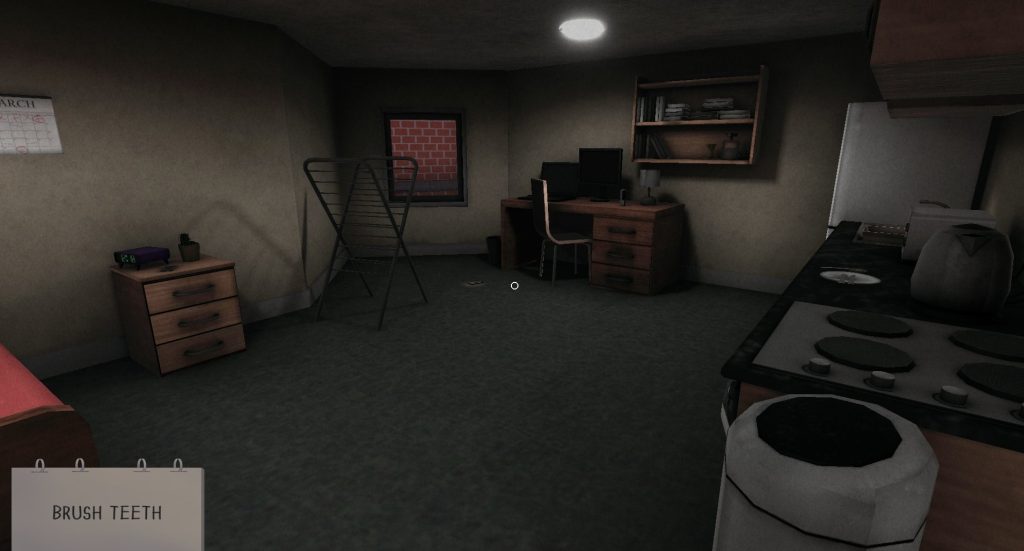 Another Day is a narrative driven game that portrays the daily struggle experienced by those living in isolation in a claustrophobic environment during lockdown while experiencing depression and anxiety. The aim of the game is to try to stay on...