Change. It’s a scary word and one that can unleash a wave of anxiety and crippling doubt when we know that it’s coming.

Change can come in many forms, be it our appearance, location, workplace or even what we have for breakfast. The mere thought of our routines being slightly altered can swallow us up and force us to stop in our tracks and have second thoughts. Yet, what we don’t always seem to consider is that change can be and almost always is a good thing. If something is changing it’s because it either needs to or because we want it to, so sometimes we need to concentrate on the positive aspects of change instead of allowing ourselves to freeze in what can be important moments in our lives. 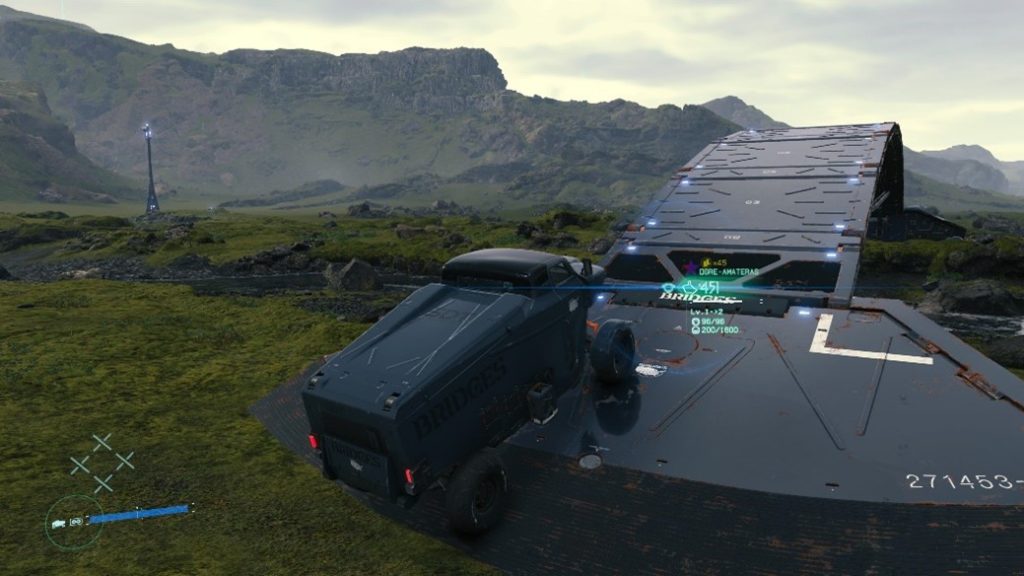 Nothing encapsulates this sentiment of positivity bringing about successful change quite like Death Stranding’s online features. Hideo Kojima is perhaps a little smarter than we imagined as he created a world where working together is not just ideal, it’s absolutely necessary. This wonderful game pre-dated the real-world pandemic yet it trained us for it better than we even realised. In a world where people required others to fetch necessities and keeping your distance was a way to keep everyone safe, Death Stranding saw us playing a delivery man taking long journeys to people isolated from the dangers outside. 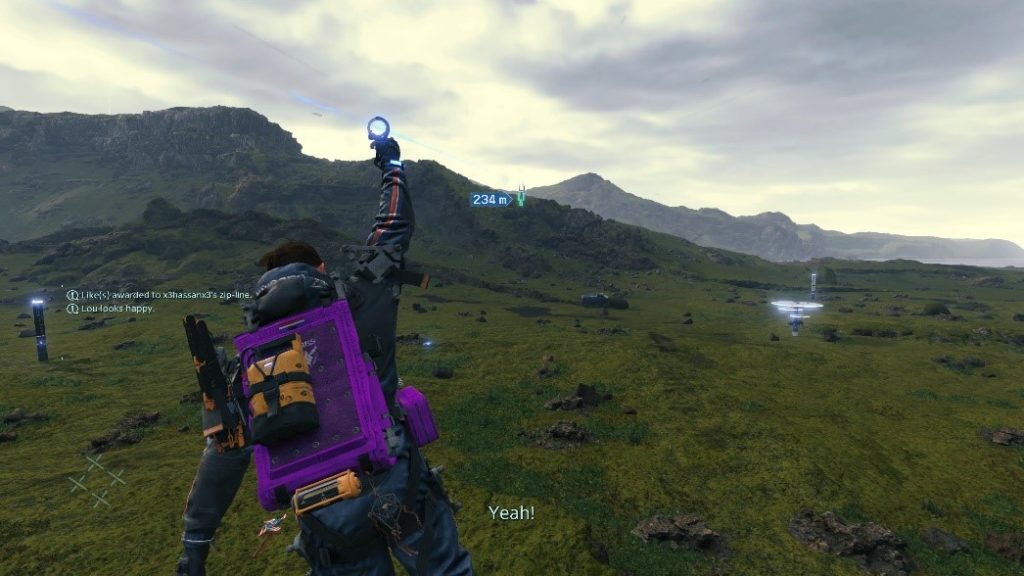 What’s more important though is how players could work together to make a positive change. The actions in your game impacted the world of others – provided you’re playing online of course – but only ever in positive ways. There’s a real sense of community in Death Stranding in a world where it’s pretty much empty, which really resonates with us all as people living during a pandemic. For example, you could leave signs lying around so that when another player gets to that location they have warnings about potential hazards, or even just a positive message to encourage them on their endeavours. 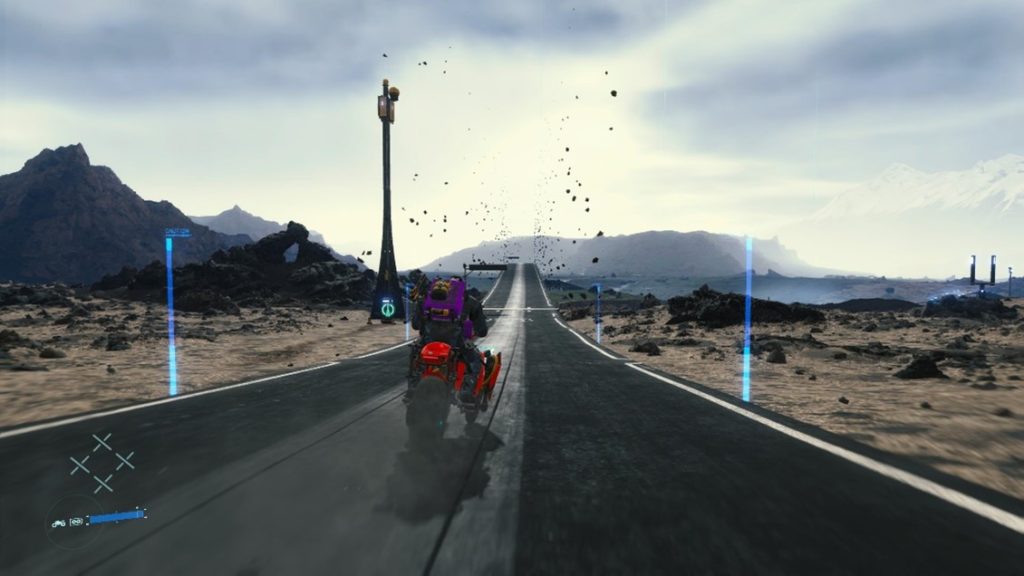 Perhaps the most interesting and poignant addition to the gameplay of Death Stranding is how people work together on structures. A fresh world on Death Stranding is desolate, barren and dangerous. However, as you progress you can find materials to construct helpful buildings and highways, allowing for places to stop and safe roads to travel. These roads are shared across players and each person can donate materials to improve the constructions making it safer for everyone to play. One day you can load the game and have open landscape with nothing around, then suddenly through the efforts of others you can return to the area and a highway the length of the world could be there providing a direct path to your next destination. Or even better, a zipline system that lets you speed through the world through the air. It’s intuitive game design for sure but it’s also a great indicator of how people can work towards one goal and accept that change is not always a bad thing. Realistically, the game wouldn’t even exist if it weren’t for Guerilla Games allowing Kojima Productions to use their engine! 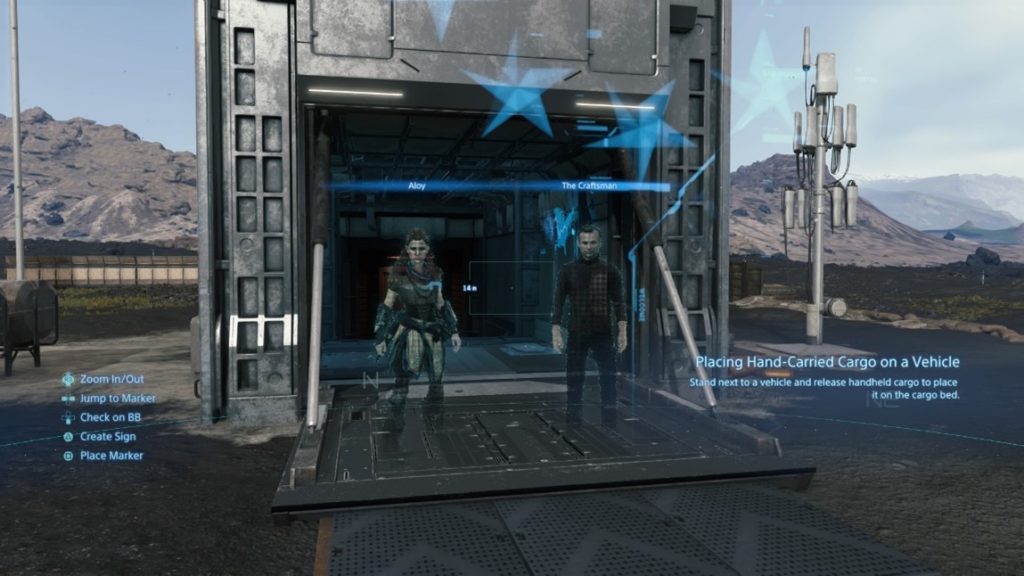 Moreover, you can leave a ‘like’ on the helpful guidance that you receive but you can’t leave a ‘dislike’. Likes are given automatically when you use something that’s left by other players and you can give more likes as a sort of “tip” as Kojima puts it. When making the game, Kojima said: “I didn’t want to give “thumbs down”. I didn’t want to give any negative in this game; it was a positive intent when I started this game.” A statement as wholesome as this shows that the game is achieving what he envisioned; everyone working together in a fundamentally human way, with no egos and only an appetite for healthy change towards a common goal.

This creates a real sense of camaraderie amongst players and a feeling that you’re making a positive change. Sometimes, just focusing on the good that a change can have, even if not necessarily to yourself, can make you feel much better about it. Sometimes change is inevitable and unavoidable but that doesn’t mean it isn’t going to be okay because it will be. There are always people who can support you through your change even if you may have not met them yet, they’re waiting to do their part just like in Death Stranding.

Working hard together does breed successful and positive change and as difficult as it may sometimes seem to be, trying to focus on the positives can help train ourselves to accept change as good. We can all learn something from Death Stranding about encouraging each other and remaining upbeat even in our toughest moments to get us through to the other side and it’s perfectly doable if we all work towards our goals. 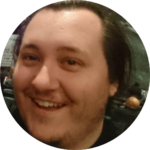 Kieran Harris is a writer from the West Midlands, UK. He spends most of his time going to gigs and playing video games. He studied Creative Writing and English at university and loves nerding out to amazing stories and learning how to craft them for his own endeavours.