‘The Beautiful Optimism of Horizon’ by Harry Stainer

Sometimes I think the future is a self-fulfilling prophecy, when the media you’re consuming is constantly full of negative news stories and relentless post-apocalyptic landscapes it’s very easy to see why we often feel like the world around us is overwhelming.

Not that the post-apocalypse can’t be fun; I spent numerous hours roaming the wasteland in Fallout 3 & The Last of Us is my favourite game ever. It’s just when you’re constantly told the world is going to end it sometimes feels like it actually is.

I often long for the optimism of the past where a man was going to walk on the moon and our future contained flying cars – a past in which we saw the best of humanity ahead of us. However, when a franchise like Horizon comes along it’s a reassuring breath of fresh air to know that optimism is alive and used to tell a beautiful, hopeful story.

The world of Horizon is a post-apocalypse but not one we’ve come to expect – instead of a desolate wasteland we are given a flourishing overgrown world full of greenery. The creatures of this world are hostile, yes, but there’s something majestic and stunning about them and how they are so at one with the environment. Furthermore, the various tribes in Horizon don’t wear rust army gear or have makeshift guns; they each have individual cultures and with them stunning, colourful traditional clothes that pop and make it easy to tell the separate tribes from one another. Horizon presents the end of the world as vibrant and full of beauty. 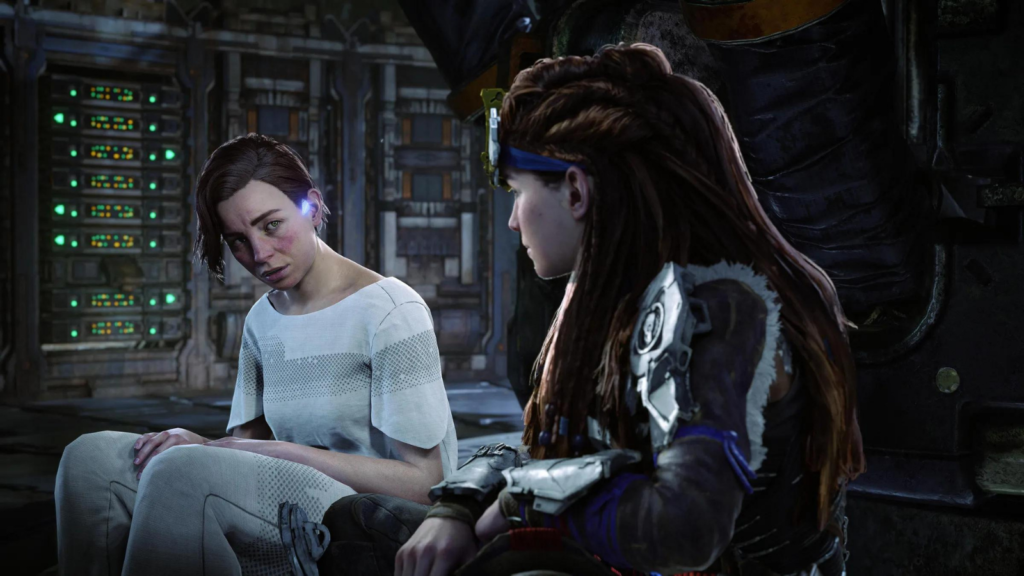 But the true beauty of Horizon comes from its protagonist, Aloy, who is a ball of optimism and a character with a level of agency which is rarely seen. Aloy’s confidence in what she is doing is refreshing, especially as the character driving the story, but she also instils confidence in the player. Her constant willingness and determination is a constant reminder that we are capable. This extends to the combat too as Aloy will mutter multiple words of self-encouragement, even against overwhelming odds.

Furthermore, Aloy has a general sense of what it is to do good and help others. In one mission of Forbidden West, you help people from a town that has been overrun by water, not because it furthers the plot but because it’s what is in line with what Aloy would do as a character. In another, you help your companion Alva find some historical tech and while doing so you help boost her confidence. Playing missions that don’t necessarily progress the story but instead see you have a positive influence on the environment and people around you presents a world that is kind despite its hardships and offers a unique moment of beauty among the ruins. 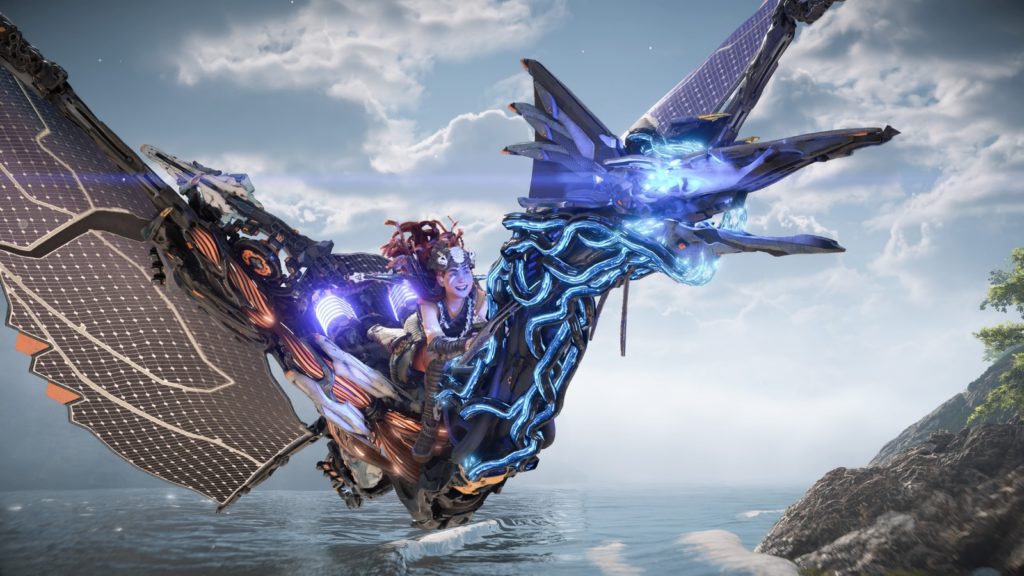 Highlighting Aloy’s impact further, we can look at one of Forbidden West’s key supporting characters, Beta. When we meet Beta she is experiencing crippling anxiety and fear because of her traumatic upbringing early in the narrative; we even see her experiencing panic attacks. Beta is an instantly empathetic person and it would be very easy to see that this character is past a point of return in other narratives. However, through the support of Aloy, who develops a strong relationship with Beta, she develops confidence over the course of the story and becomes a courageous character that believes in Aloy’s mission. By the end of the story Beta starts to have faith in Aloy’s optimism that the world can actually change for the better. Showcasing this kind of journey within a character is a great example of how Aloy’s outlook extends to those around her.

Horizon often feels like a love letter to humanity – it views humans as these wonderful beings that are capable of great things. The game often highlights the best of humanity within it’s beautifully diverse characters. For example, Varl exhibits emotional maturity and patience, Erend demonstrates loyalty and Alva showcases intelligence. All these people from vastly different backgrounds, come together for a cause so much larger than themselves. Yes, Horizon is about survival but this cast of characters represents the beauty of seeing the best in each other and accepting one another despite differences in outlook, culture or ideas.

Games like this make me feel hopeful for the future. When things get rough it’s okay to feel overwhelmed but Horizon is a testament to positivity and the power of being able to lift people up and make them feel optimistic about what is to come. It also makes me think of my own outlook of the world and how individuals can be a force for positive change in a world that can sometimes focus on the negative. We may be past the optimism of having a future with flying cars and the space race, but maybe going forward our ideas about post-apocalyptic fiction will change. Perhaps our stories will take cues from Aloy’s story highlighting that ‘the end’ doesn’t have to be a literal end and devoid of a future. 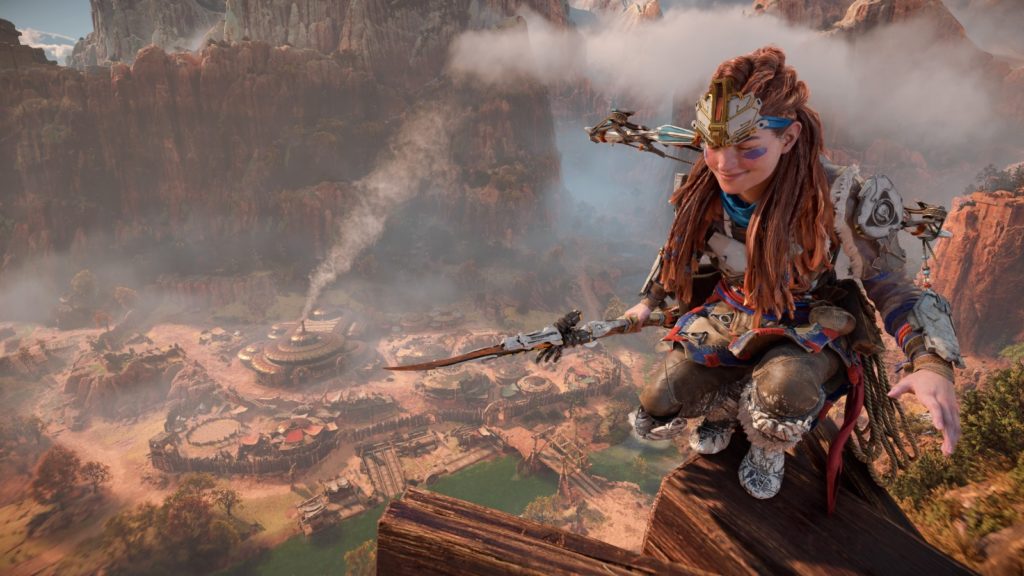 At one point in Zero Dawn, a character named Sylens describes his and Aloy’s very existence as a ‘monument to oblivion’ to which Aloy replies ‘Not oblivion, Sylens. Hope’.

In a world where a lot of what we consume contains the idea of oblivion, it’s nice to be able to see a world with a lot of hope. 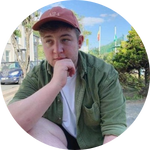 Change. It’s a scary word and one that can unleash a wave of anxiety and crippling doubt when we know that it’s coming. Change can come in many forms, be it our appearance, location, workplace or even what we have...

What Remains After ‘Edith Finch’ – by Harry Stainer

After my Grandad’s funeral I went into his old bedroom and as I looked around the room, I spotted many of his belongings – his fake Rolex watches, his books and old fishing gear, a hat he always used to...