After hearing so many good things about Supergiant’s Hades, I decided to give it a go, and, in doing so, dip my toes into a roguelike for the first time.

For those out of the know, a roguelike is a dungeon-crawler with a similar model to 1980’s Rogue; procedurally generated dungeons, a fantasy setting, permadeath (there’s a big debate about the specifics of the subgenre, but I’m not getting into that).

Initially, the permanent death feature put me off. For someone who loves games, I’m terrible at them. So terrible you’d curl your toes with anguish if you watched me play anything tougher than Animal Crossing. Starting over whenever I lost didn’t sound appealing; in most hack’n’slashers I need about ten shots at the first boss. Booting up Hades for my first crawl, I didn’t get very far (unsurprisingly). When the inevitable happened and I went back to the start, however, I was pleasantly surprised.

Evidently there’s a lot to learn from roguelikes, especially when it comes to positivity, mindset, and coping with setbacks. I want to talk about a few of those lessons. Parallels between videogames and life are often lazy platitudes of which, I’m sure, we’d all rather hear less. But hear me out. 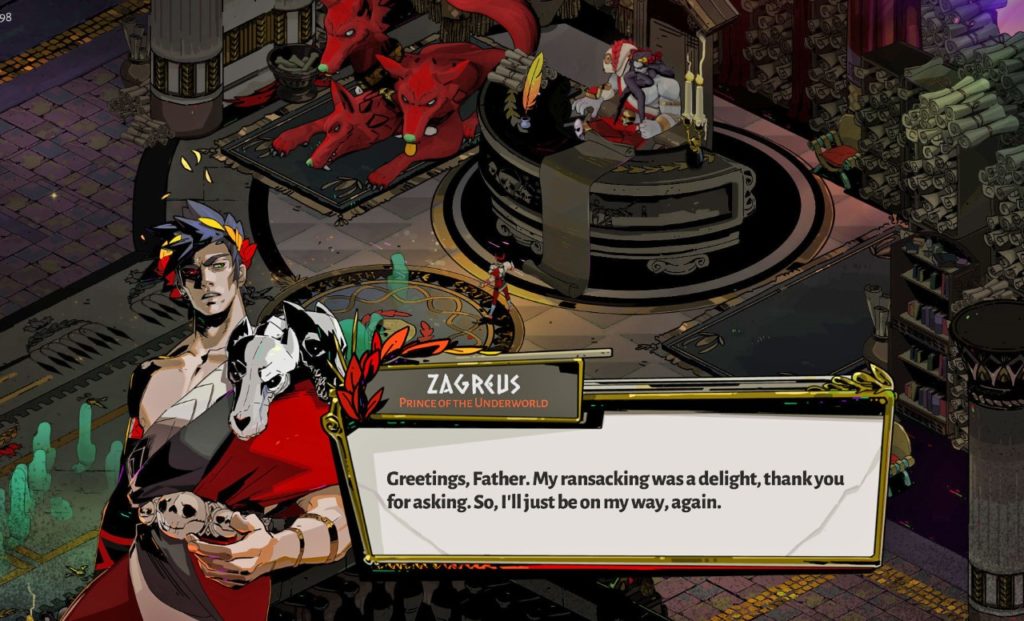 I should briefly explain the loop and concept of Hades. Set in the world of Greek mythology, players take control of Zagreus, son of Hades, as he attempts to escape the underworld to join the gods of Olympus. The first we see of him; he’s jumping from his balcony to begin the arduous journey out of Hell. The gods of Olympus send weapons and powers to aid him; they’re evidently anticipating his arrival with warmth. When Zagreus is defeated, however, we’re not faced with a typical “game over” situation. Instead, our protagonist materialises in the house of Hades – the only home he’s ever known – to the jeers, taunts, praises, and encouragements of his eclectic household. His father pities him, but something his mother Nyx says stands out. She tells Zagreus, and by extension us: “Do not despair, child. Such setbacks are inevitable and may be overcome with effort, and with time.”

Hades’ permadeath mechanic isn’t a punishing feature to weed out the weak and reward the strong; it’s a reminder that failure can be the best thing to occur. At the risk of sounding like Oprah or Tim Robbins, I’ll provide a cheesy metaphor: failures are the rungs on the ladder to success. Every time Zagreus fails at his escape attempt, more of the story reveals itself to us. The conversations in the house of Hades are different every time we return; the more we lose, the more we learn about the world and Zagreus’ place in it.

This is why roguelikes are so popular. They’re never repetitive either, because of the procedurally generated stages. We can get used to the rhythms of the game, but it’ll be different every time. The joy of playing comes from starting again with a different tactic, more experience, and knowing we have a different adventure ahead. 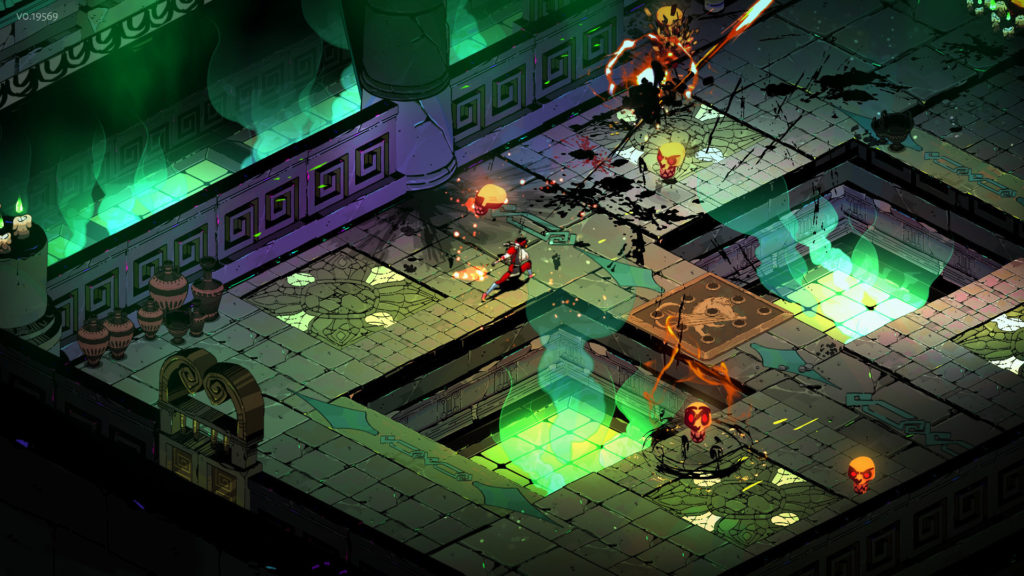 There are plenty of setbacks in our lives that feel like starting from the beginning; I’ll call them roguelike setbacks. One such roguelike setback is falling off the metaphorical wagon. Someone might quit smoking for two months before having a stressful day at work, or letting loose at a party. Before they know it they’re half-way through a pack, and feel they’re back to square one. They may think that those smoke-free two months were all for nothing. Actually, the opposite is true.

If we reframe our thought process, we can look at it a different way. They went for two months without smoking. That may have been the longest they ever went without a cigarette – which in turn makes it the most progress they’ve ever made in their dungeon-crawl out of a smoking habit. 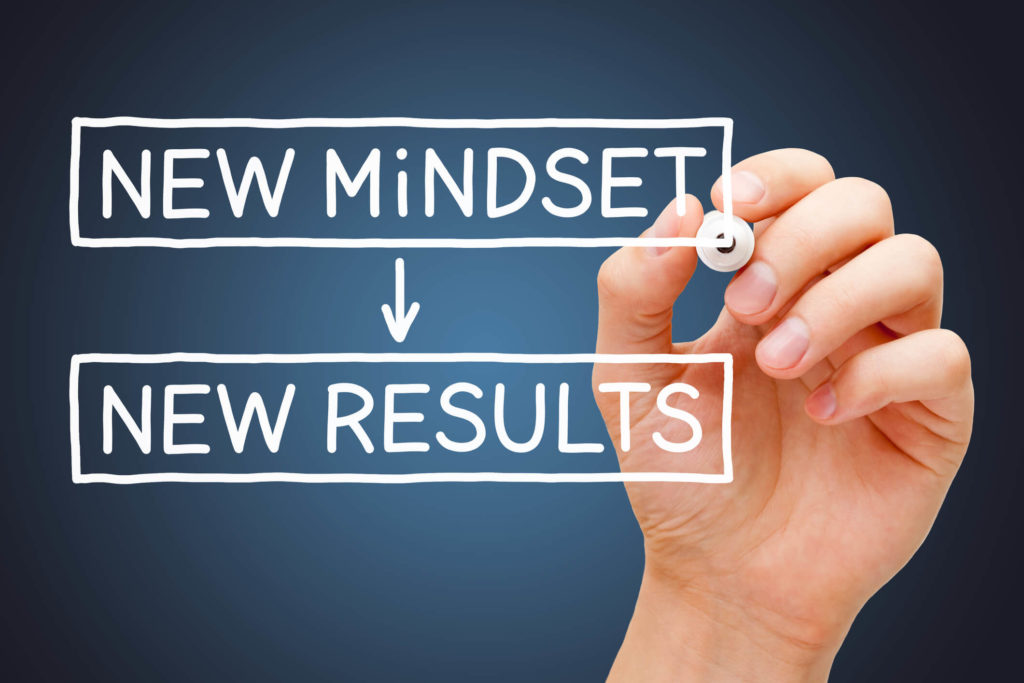 Hades’ loop demonstrates that an epic defeat is to be expected. It encourages failure because that’s the only way to learn. If you keep losing to the Hydra in Asphodel, then keep that in mind and think of a new tactic for when you get there. It’s the same if you only smoke when you’re stressed – keep that in mind, and have a tactic ready when a stressful situation arises.

There are plenty of roguelike setbacks; failing a test, losing a job, forgetting a skill, or simply losing motivation. After a defeat, Zagreus takes stock and talks to his friends and family, before setting off once more – often with the stoic words: “here I go again.” We can learn from him and do the same in our own roguelike setbacks. Regular failures are inevitable in our escape from hell, but with a little mental reframing we can see them in a positive light. It might not feel it at the time, but the bigger the setback, the wiser we are for our next run.