Life Is Strange Through The Lens by Georgie Peru

Playing as Max, an 18-year-old photography student, Life is Strange was primarily developed to deal with the struggles teenagers face. The game covers difficult subjects including cyber-bullying, mental illness, and suicide.

When Max was a young girl, she was given a Polaroid camera by her parents. This major gameplay element accepted her into Blackwell Academy and allows the player to complete optional photograph objectives throughout Arcadia Bay. 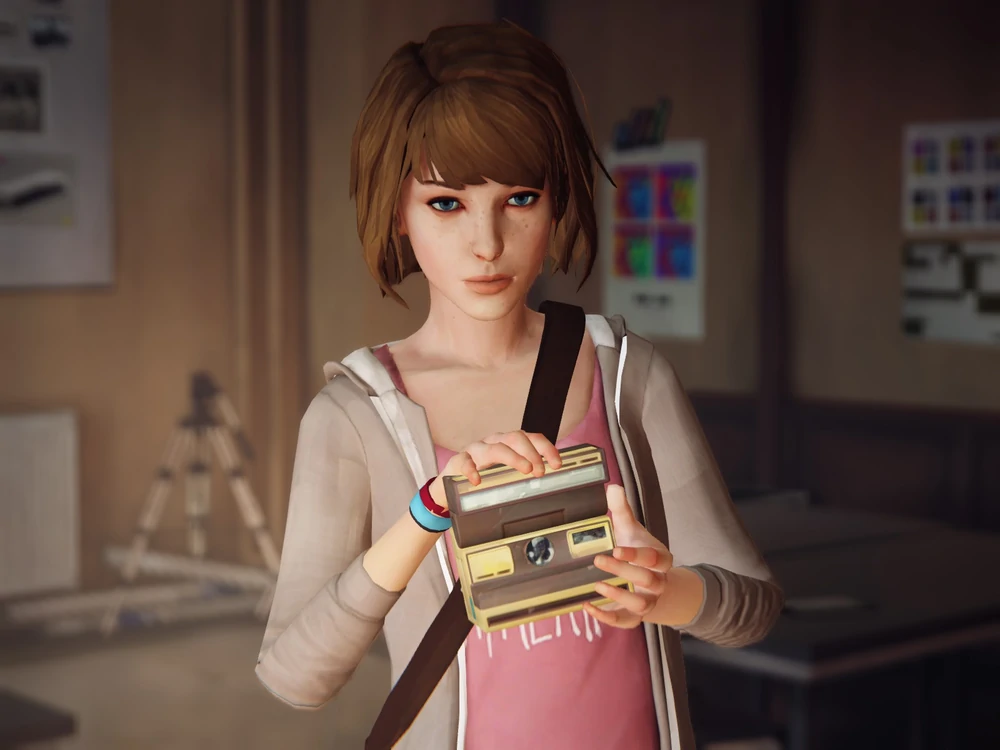 During her photography class, Max experiences a strange vision of a tornado destroying the local lighthouse. In the midst of a panic attack, Max knocks her camera off her desk and rushes to the school bathrooms, and quickly hides in a cubicle when two students storm in fighting, resulting in the death of a girl. Desperate to save the girl, which is quickly revealed to be Max’s childhood best friend, Chloe Price, Max witnesses discovers her unique powers – the ability to rewind time and change the past to help her and others around her. 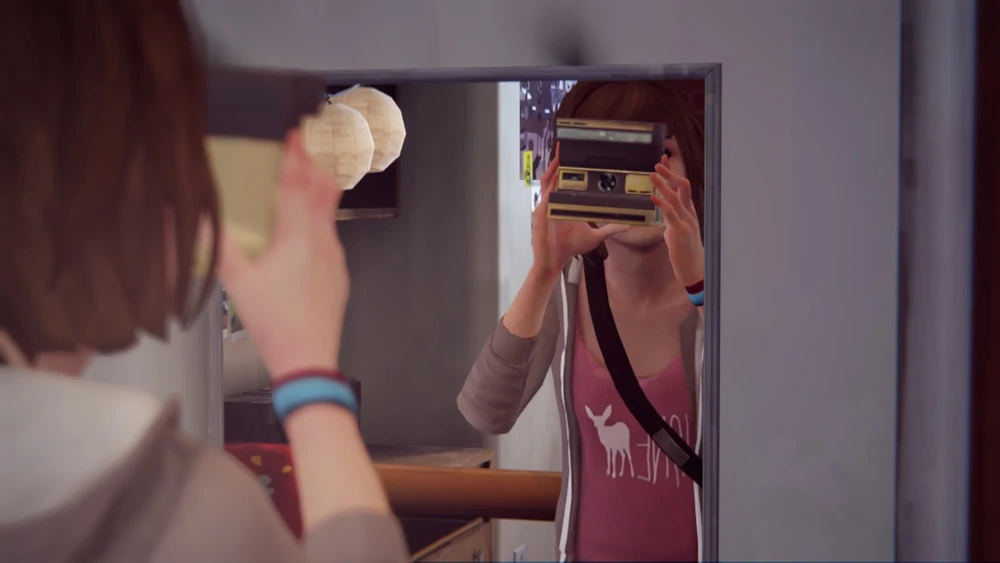 As the story evolves, players can decide whether to use Max’s powers to alter the past or not. When a school bully is forced to get a taste of her own medicine, do you choose to show her compassion or humiliate her further? Life is Strange doesn’t shy awry from dealing with tough issues – using a combination of virtual photography and Max’s rewind ability, players are compelled to make decisions, for better or worse.

Life is Strange is full of psychiatric themes, either explicitly or implicitly. The game aims to explore these through Max’s investigative nature, wielding her Polaroid camera, and gathering the materials needed to make potentially life-changing decisions through her rewind ability.

One of the more challenging stories focuses on Kate, a student who is relentlessly bullied by her peers and online. As Max explores Kate’s dormitory, it’s soon clear that Kate has a very judgmental family. Following an incident where Kate is drugged at a party, leading to a compromising video of herself, she falls into severe depression. 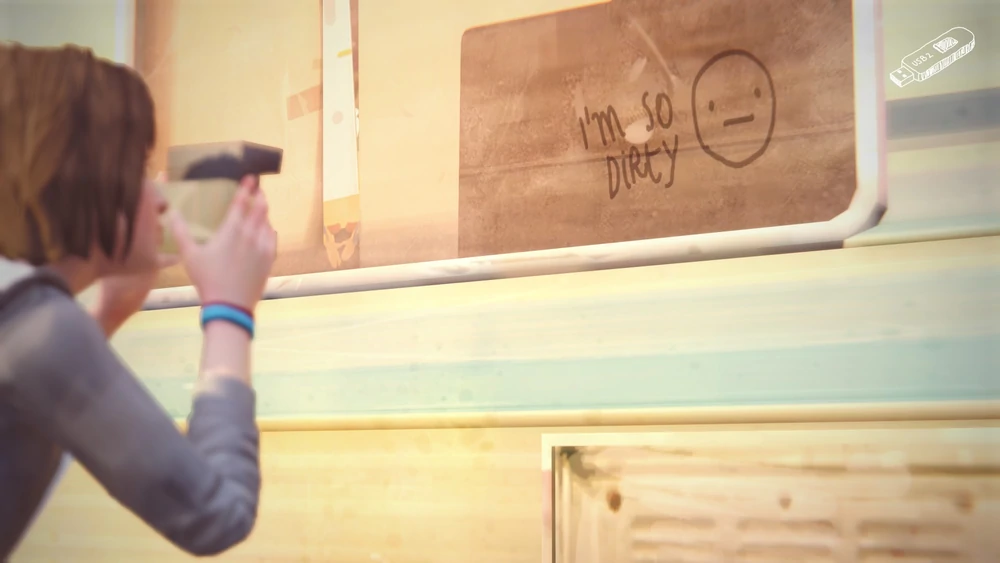 Discovering more evidence using her camera, Max discovers that Kate covers up her mirrors so she doesn’t have to see herself. Her room is filthy, her beloved Violin hasn’t been played in weeks, and it’s soon clear that Kate feels utterly helpless and hopeless.

Despite the game offering multiple opportunities where the player can support Kate, she ends up on the roof of a building, intending to commit suicide. If the player has paid enough attention up until this point, through the features of virtual photography, there’s a strong chance you can convince her to come down.

Life is Strange makes a huge effort not to trivialize the issues surrounding mental health. If the player hasn’t attempted to build a relationship with Kate or is insensitive toward the issue, the implied suicide attempt shows things can go horribly wrong. Although Max’s power is a major gameplay factor, the developers made a point to remove her abilities from this scene, dealing with depression and suicide on an entirely human level.

Despite Life is Strange being a game, what makes it really poignant is that it takes place in our world as we know it. The characters aren’t unlike people we would meet in our everyday lives. This makes the underlying themes of mental health even more prominent, allowing players to get closer to the details through Max’s camera and her abilities. 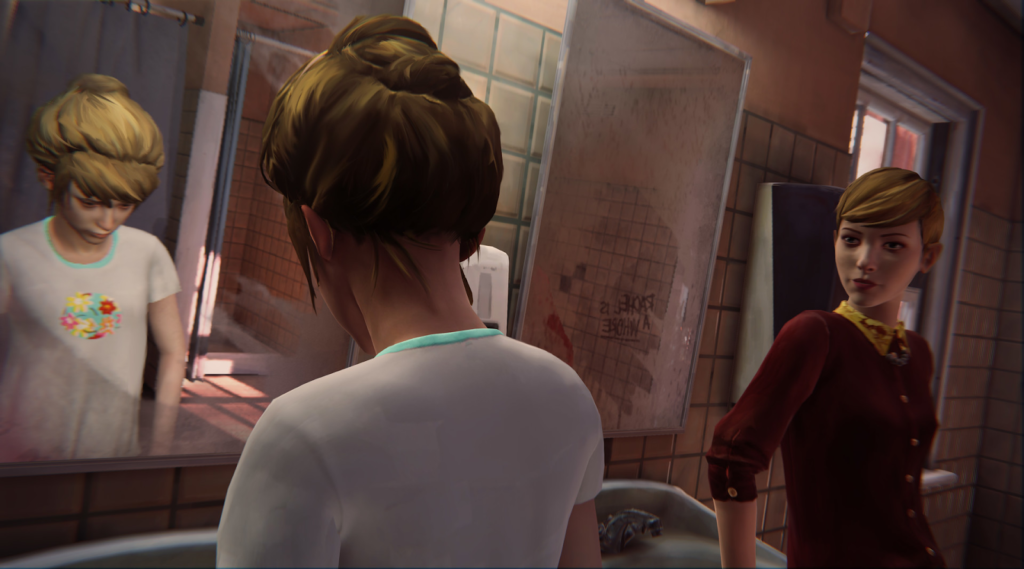 Tackling issues like suicide, depression, and bullying are confronted head-on in Life is Strange. But more than just presenting us with issues and scenarios that involve or could lead to mental health issues, the game offers openings to players to further delve into key and trigger moments, being in the right place at the right time.

It’s clear from the story that Blackwell Academy left Kate feeling alone and desperate. Turning to her photography teacher, players will catch the last part of Kate and Mr. Jefferson’s conversation, but if you choose to rewind time, Max will hear Mr. Jefferson accusing Kate of being an attention seeker, with Kate walking away saying “Nobody cares about me, nobody”.

Equipping players with the ability to rewind time and Max’s pivotal Polaroid camera, Life is Strange puts matters into the hands of the beholder and challenges a wealth of psychological issues.

The game finds its footing and establishes a deep connection with players through taxing themes like ADHD, sexual orientation, abuse, neglect, and more. By allowing individuals to “hide” behind a camera, Life is Strange explores the effects of morality, as well as the outcomes of ignoring obvious signs of characters’ struggles and the events that play out from the choices made.

Life is Strange is an award-winning and critically acclaimed episodic adventure game that allows the player to rewind time and affect the past, present and future. Follow the story of Max Caulfield, a photography senior who discovers she can rewind...