Home  >  Covid-19  >  Lockdown Connections: How Gaming Has Brought Us Together In The Year of Being Apart

Lockdown Connections: How Gaming Has Brought Us Together In The Year of Being Apart

How the Video Games Industry united through Lockdown

Nobody could have ever predicted how 2020 and 2021 would play out. A pandemic hit the world that would change the lives of everyone in many ways. Society felt like it would never be the same again.

It wasn’t all darkness, though. A light shone through as the video games industry took up arms and made it their mission to bring people together, providing new ways of social interaction for gamers and people who have never touched a game in their life. From giveaways and games for carers, to free memberships, events and much more.

Favourite characters such as Geralt from The Witcher series, developed by CD Projekt Red, spoke to The Gaming Bible and gave hope that things would get better: 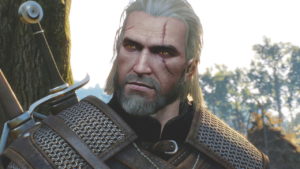 Chris Baraniuk wrote an article for the BBC that showed games weren’t just a distraction, but how beneficial video games can be in people’s lives, especially during the pandemic:

“For many, games don’t just provide a way of connecting with quarantined friends, they are also alternate universes where the reality of pandemic can be momentarily forgotten.”

The article also talks about the hit title, Animal Crossing, that launched just as most of the world were heading into the first lockdown. It was a ray of sunshine for many, providing a place for players to meet, explore and hang out in their own wonderfully crafted island. The game delivered a much-needed escape in such challenging times.

Then the government realised the opportunity of reaching people through games. They started getting involved with video game companies to put safety messaging about COVID-19 into popular games, such as Sniper Elite, Dirt, Candy Crush and more. In doing so, the plan also showed one of the many ways gaming could be used for good, leading Culture Secretary, Oliver Dowden, to express his “delight” in seeing “ the UK’s brilliant video games industry stepping up to strongly reinforce this message to gamers across the UK.” 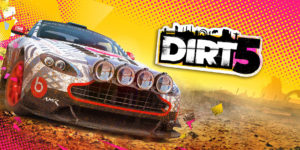 Gaming for Carers was an initiative that saw many AAA and Indie companies coming together to give free games to those who are working on the front line. It was a way to show a big thank you to NHS staff for going above and beyond, with companies such as Codemasters, Konami and Team17 contributing their games to the cause.

Another notable organisation helping people stay connected over the pandemic was CALM (Campaign Against Living Miserably). CALM teamed up with UKIE to offer advice on how to get connected and how gaming could help through the tough times ahead, whether gaming with friends, offline, or watching gaming content via Twitch, YouTube and more.

England Cricketers used online gaming to pass the time on tour, support mental wellbeing and keep up team rapport. Cricketer Stuart Broad found it particularly transformative, saying: “Gaming, for me mentally, has been vital.” Talking about the gaming sessions the team have streamed online, his experience was very positive: “There’s no abuse. There’s no agenda [...] It’s all just really positive chat about gaming and good fun, which I’ve really enjoyed. It’s quite rare for social media, to be honest.”

Some gamers had described Square Enix’s Final Fantasy XIV as a massive help throughout the pandemic. NME’s Alan Wen wrote an article highlighting how the game has been a lifeline for many through these uncertain times: “FFXIV has made me feel like I can be with people even when I’m in quarantine. The way the game’s social aspects encourage teaming up with strangers to turn them into friends, the role–playing scene, and all the amazing people has been incredibly positive.” 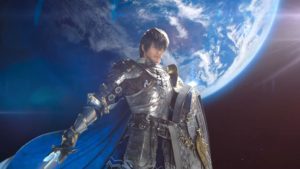 We also asked some of our SIOW representatives how video games have helped them during the pandemic.

“Our ability to go wherever whenever has been taken away from all of us, which I’ve found brings about a feeling of loneliness, even if you don’t live alone. Forming new friendships with others through current friendships has been incredible. We basically now have our own online support bubble where we talk about anything and everything (but try to avoid COVID chat!). Calls almost every evening has helped hugely, whether this be on Discord or using PlayStation parties, as well as engaging in online multiplayer gaming sessions together. Regular communication has been key, whether it be with friends, family and/or colleagues.”

The Demented Raven, Streamer, Safe In Our World Ambassador:

“Whenever some of my friends have had a rough day or feel alone, we decide to play video games to brighten up our day. One of these games is Overwatch and it always ends up with wholesome laughs, silliness, banter and pure joys of friendship. Video games have the power to really help people reach out and are a reminder that you’re never alone.”

“I was a child of the ZX Spectrum era, and so Way of the Exploding Fist and Saboteur were my Persona 5 Strikers and Dying Light 2, as I saved my pocket money to buy the latest cassette games. But my love for games never waned over the years even if my access did, as work and now kids became my primary focus. I have a son who is 5 and a daughter aged 3, and so they aren’t quite ready to outwit mummy and daddy at Among Us just yet. But I’ve started to use video games as another way to have fun with my children during lockdown at the weekend when we have a spare hour – especially given the creative challenges facing the social secretary for two small children on a Saturday! Yeah,it’s not the latest AAA, but my son loves it when we both play the Lego Movie game together. It focuses him on teamwork, fine motor skills, problem solving and the fact that you can’t always win – a pretty cool life lesson if you ask me. It’s great for our souls in these stressful times and as long as he can be Emmet then everything is awesome.” 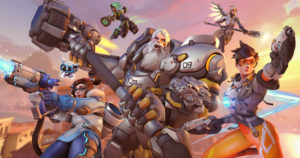 What is clear now is that more and more people in the World are recognising that gaming isn’t just for kids, a waste of time or a bad influence. Through 2020, people realised that gaming was able to help us with our social needs, provide a much-needed distraction, and support mental wellbeing. The video game industry saw huge growth during these times, with more households buying consoles to play their new favourite games to escape in, whether gaming on their own or with others online.

Will gaming be recognised in history for providing such an escape in the pandemic? We hope so. And we’ll continue to shine a light on the wonderful stories that show video games can be a crutch to many in dark times.