January; the time for looking to the year ahead, for a fresh start, for setting goals, writing to-do lists, and hoping that overnight you’ll magically turn into the person you wish you were. If only it was that easy.

Unfortunately, more often than not we set ourselves up for disappointment by listing all the things we want to have achieved by the end of the year, without planning how we’re going to get there. Luckily as video game players, we have a set of tools we apply every day to beating games, that can put us in the right mindset for achieving yearly goals as well.

Video games, especially action-adventure RPGs are notorious for the amount of things a player has to do to beat them. The end boss often feels like a mere spot on the horizon, as stacks of quests pile up and the map seems endlessly interesting to explore. Games, however, are set up for us to beat by focussing us on the journey there, and by allowing us to try again when we fail. In our own lives we often overlook these mindsets by wanting to be done quickly and perfectly on our first try. Instead, applying our behaviours from playing video games to checking off to-do lists, can be a beneficial way to set ourselves up for success. 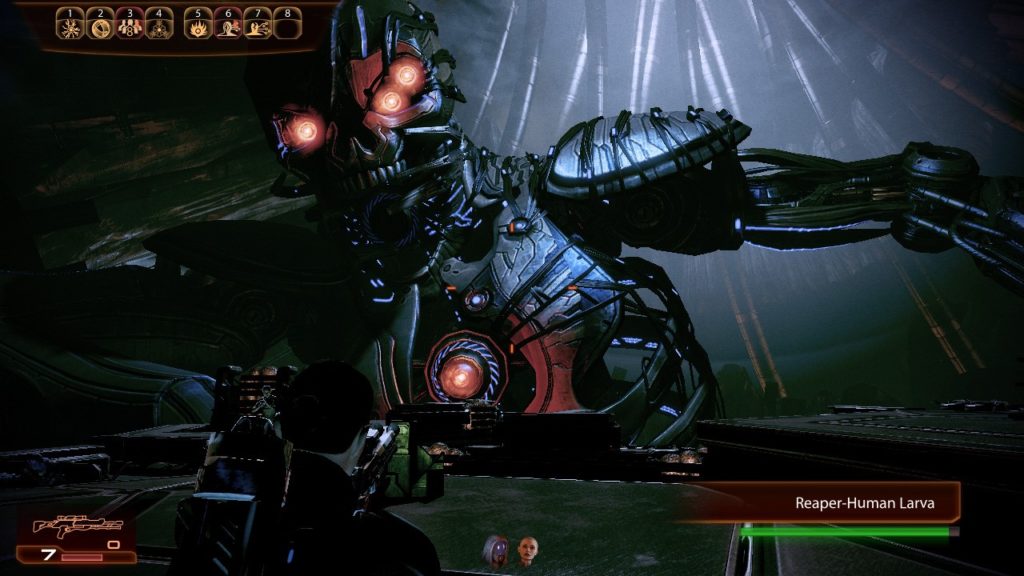 To begin with, let’s talk about the final thing we usually do to beat a game; defeat a final boss. These are the biggest, hardest, and the most narratively significant boss; the Reapers, the Wild Hunt, archdemons, Ganon, Hades. Think of the end boss is that big, scary goal you want to hit by the end of the year. The important thing to remember is that video games don’t give you an end boss you can’t defeat. It might be hard, it might take a long time, you might have to try multiple times, but it’s never impossible. This the first rule of setting goals;  make sure it’s something you will actually be able to do given your timeframe, resources, and skill level.

However, simply setting a goal is only the first step, asking yourself how you’re going to get there is equally as important as knowing where you’re going. In video games, you’re not usually thrown at the end boss at the beginning. Games break down the end goal into smaller quests. Before defeating the Wild Hunt in The Witcher 3 you travel the continent looking for Ciri and making alliances, in Mass Effect 2 you have to gather your team and ensure their loyalty, in Breath of the Wild, Link needs to find his memories and purge the divine beasts of Ganon’s monsters. In video games each of these smaller quests add up, your characters will gain new skills or levels, you may find objects that will make you stronger, or find NPCs who will help you. Over time, your character becomes stronger, and as the player you become better at the game. 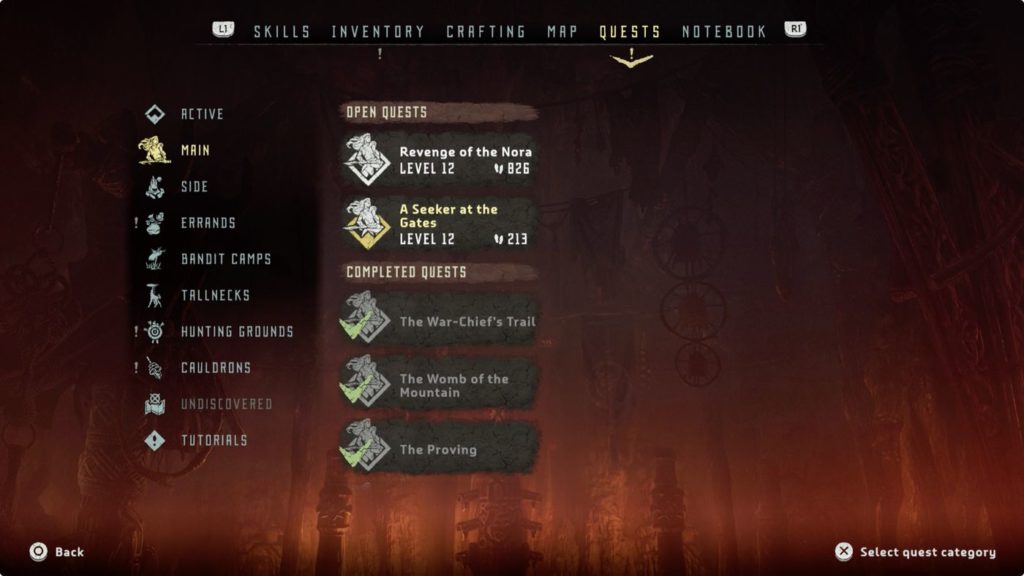 This is what’s key to achieving anything; make it small, and it will add up. Focus on habits like writing 100 words a day, practising something for 15 minutes, or reading ten pages of a book before bed. You’ll find yourself moving towards your goal, whilst building your knowledge and your skills in a sustainable way. Before you know it you’ll have thousands of words in your novel, you’ll have racked up hours of practise, and you’ll be counting the books you’ve read rather than the pages.

Life, however, does have a way of throwing us off course, as do games. I can’t think of the number of times I’ve been travelling across a game’s map, set on completing a certain quest, when an NPC asks if I’ll help them in some way. Then on the way to complete that task something else will occur and I’ll think that since I’m here, I may as well get it done. In real life we’d call these things distractions but in games they’re side quests, often more lighthearted than the main quests. I think we have a tendency to believe that missing a few days of something, of getting distracted, of wanting to try something different for a while is a bad thing, when in reality that’s just life and we’re much too hard on ourselves. Life is unexpected, things happen that are out of our control, or we simply find ourselves on an unexpected path. Ease up on yourself, try and find the fun in the new and the different, and don’t beat yourself up when things don’t go according to plan. 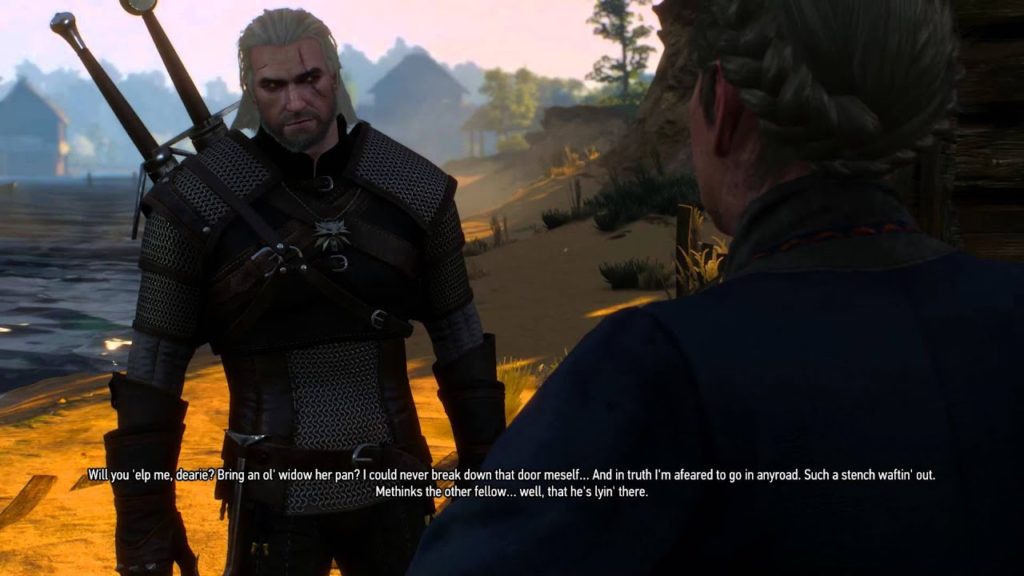 There’s another thing that tends to happen in life, and that’s having things thrown at us that we don’t feel ready for, that are hard, painful, and difficult. To carry on with the video game metaphor – mini bosses and enemies that kill us over and over again or tricky missions that keep where you keep at the same moment, often occur more than we’d like. But that’s what’s great about video games – you can try again. You can try again in real life as well, and you can give yourself a break and return at a later date. You can reassess goals and habits, you can experiment and try new ways of doing things, you can give it one more shot.

If you’re setting resolutions and goals this year, remember to be kind to yourselves, and remember there’s a lot we can take from video games and apply to our mindsets when it comes to achieving those goals. Make sure it’s doable, break it down into small steps, don’t worry if you get distracted, and remember you can alway try again. The final, and perhaps most important lesson however, is that we play games because they’re fun. They bring us a sense of joy and wonder. Sometimes goals we set for ourselves aren’t that fun, but things we need to do out of necessity, but I hope that in 2021 you also remember to do some things for yourself out of a sense of enjoyment, of learning and curiosity, or just because you think it would be cool. When it comes to next December, I hope you’ve enjoyed the journey you take throughout the year to meeting those goals, just as much as finally being able to tick them off your list. 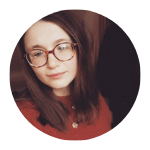 Abbi is a freelance games journalist from the UK, who enjoys writing about how we tell stories through games and our relationship with media. She is also host and producer of The Stories That Make Us podcast, where she interviews creators about media and fiction that have influenced their careers. You can find her on Twitter at @abbiruggles or check out her portfolio.

Safer Together: Mental Health Month Fundraiser & Save The Dates

Safer Together: May Fundraiser 2021

The Difference Between Re-Try and Re-Triumph by Ruby Modica

Helping Others Find The Help I Received by Nick Powell

The hard part about wanting to help remove the stigma attached to mental health is that you have to take the nerve wracking step of telling people about it. These days I find it best to get that out of...

Is isolation boredom hitting you hard? Miss hanging out with friends, family and partners? We understand how challenging isolation can be for mental health. So we asked our community to share their top picks of games that you can get...

Lockdowns and restrictions are in place across the world, and it can be hard to stay positive; but it’s important to know where support can be found if you’re struggling. As the situation surrounding COVID-19 is changing, we recognise it...