We welcome Sajam to the Safe Space Podcast, to talk about his experiences in mental health within his content.

Sajam is a Twitch Partner and fighting games commentator/analyst, segue specialist, with a passion for DnD. He was also one of the commentators in Intel Gaming World Relay 2022, which supported Safe In Our World alongside 3 other charities in the games space.

One of Sajam’s most popular shows is his series ‘Will it Kill?’, which involves funny fighting game clips and the community voting on whether the combo will kill or not based on a freezeframe of a hit of a combo. 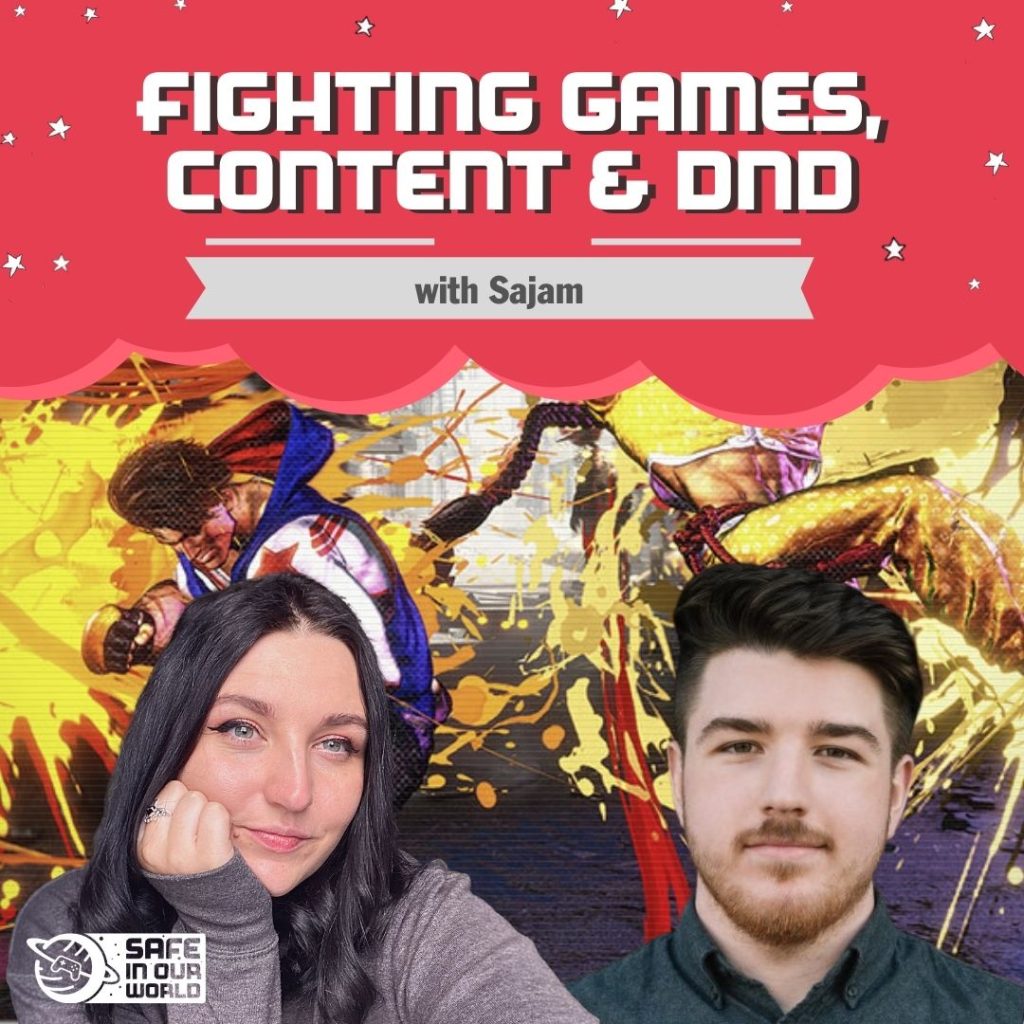 Rosie invites Sajam to talk about his own experiences as a creator, and looking into the link between mental health and games for him. We cover toxicity in gaming spaces, and his own ways of tackling it as well as his way of setting boundaries and community guidelines. He also elaborates on how DnD has become a bigger part of his life, and why it became special to him.

Additionally, we explore what should be seen more within games communities and the industry as a whole.

Finally, it wouldn’t be a Safe Space podcast if Rosie didn’t interrogate the guests on their pets, and Sajam didn’t disappoint. He talks about his newly adopted kittens, who were born beneath his house, and their adventures in the big world so far.

Listen to the episode here.

On this episode of the Safe Space podcast Rosie chats with Ambassador RenjiPls, who talks about his journey into mental health advocacy in content creation amongst a myriad of other topics. RenjiPls dives into his mental health experiences with ADHD,...

In this episode, Rosie chats to Blizzb3ar, Producer and Content Creator at Rooster Teeth, Twitch Partner and Bisexual Villain (Icon). We discuss his path into content creation, as well as his motivations for getting into Twitch and the relationship he...

A Conversation with The Witcher with Doug Cockle

In this episode, Rosie chats to The Witcher voice actor, Geralt himself. Though we know him as one of our wonderful Patrons, Doug Cockle. We delve into mental health in acting as Rosie quizzes Doug on his journey to becoming...