Anyone who’s played video games for any significant length of time knows mental health and its many related struggles are not a topic the medium has broached very often.

Even as storytelling and character development rose to prominence as important factors in a video game’s presentation during the 16- and 32-bit generations, mental health awareness was not something game developers were particularly and specifically concerned with promoting, and who can blame them? Even today in the year 2019, mental health issues are still stigmatized in many societies as personal flaws one should hide and be ashamed of, to say nothing of the ’80s and ’90s and their even more regressive views of the topic. Final Fantasy VI‘s Terra Branford outwardly and realistically struggled with depression, sure, but it wasn’t examined very deeply as a topic beyond that depiction and the game certainly wasn’t concerned with whether its players could relate to it.

Fortunately, with the slow but sure rise of indie games and the past couple console generations affording them vastly increased visibility — most recently and especially on the Nintendo Switch — we have also begun to see a rise in the number of gaming experiences anchored around the topic of mental health, some of them inspired by the developers’ own struggles.

On that note, I have chosen one of the very best mental health-focused games to spotlight for you here in the hopes that confronting mental illness in the context of a familiar, comfortable medium might assist you in grappling with your own struggles. Mental health is one of the ultimate “silent killers” of our generation, and experiencing firsthand the fact that there are others who can not only relate to these struggles but express them in video game form can be incredibly comforting. So without further ado… 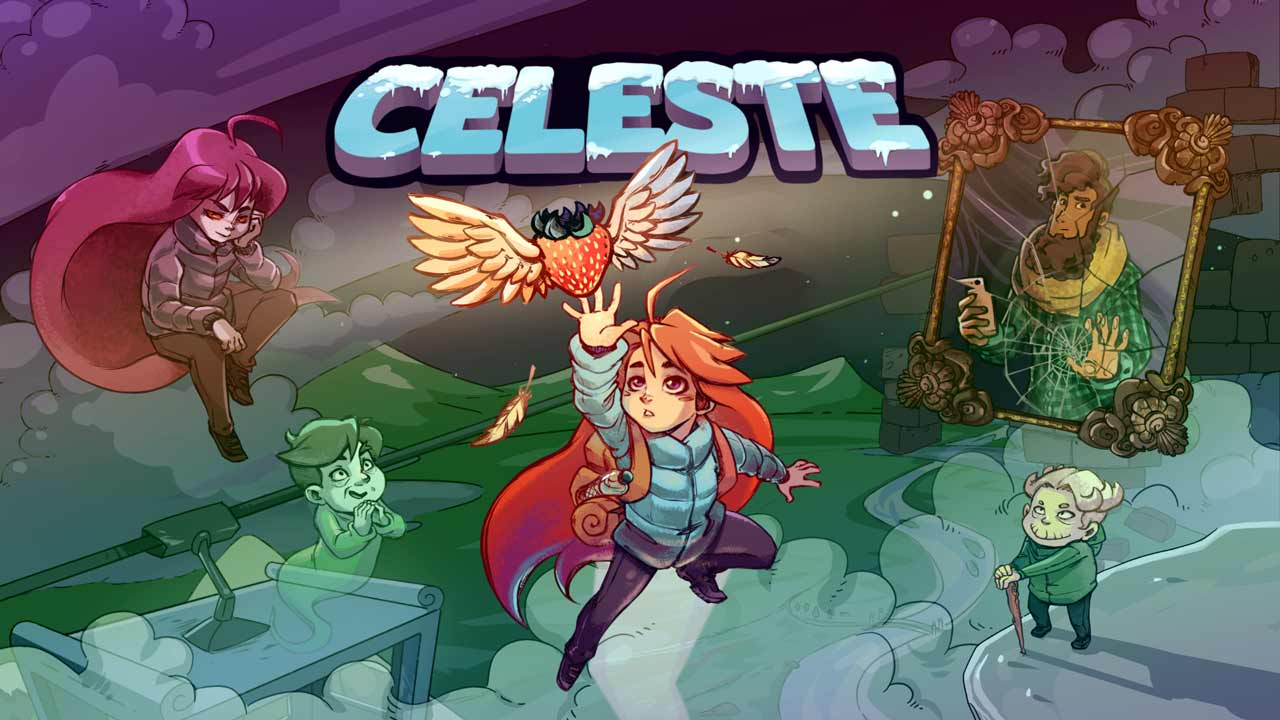 Developed and published by Matt Makes Games
Available now on Nintendo Switch, PlayStation 4, Xbox One, and PC/Mac/Linux via Steam for $19.99

A treasure of a game you may have heard of by now, Celeste follows the journey of a young woman named Madeline as she attempts to climb the intimidatingly towering and treacherous Celeste Mountain. This particular mountain is known for the strange phenomena that would-be climbers experience during their ascent, but those mysteries are ultimately not what Celeste is really about. We soon learn that the mountain is mostly a metaphor for Madeline’s internal struggles with depression and especially anxiety.

From the beginning, there is no doubt that Madeline is a troubled individual. Lost and adrift in life and without hope for the future, Madeline challenges the mountain because she must. Something in her life needs to change, but she doesn’t know what. She has hit a dead end, a slump from which she has not been able to recover. We can see that life has taken its toll on Madeline, and she just needs to prove to herself that she can achieve something of personal significance.

And so we, the players, step into her shoes as we attempt to guide her up the mountain. But as those of us who struggle with depression and anxiety — I’m raising my hand here — all know, it’s never that simple. Madeline will struggle, and she will fail, and she will lose all hope more than once along the way — and, likely, so will you. Celeste is a pixel-precise 2D platformer that starts off fairly challenging and only increases in difficulty from there, becoming more and more oppressively difficult the closer Madeline gets to the summit.

That’s on purpose. The player, through their gameplay struggles, is meant to relate to Madeline’s internal turmoil as she fights both the external (the mountain) and the internal (her own vicious demons) on her metaphorical journey to Celeste’s peak. The result is an emotional rollercoaster of a game that isn’t afraid to confront mental health issues directly and loudly, a game that bravely acknowledges that mental illness is not a one-and-done, now-I’m-cured affliction, a game that dwells not on defeating your personal demons in some metaphysical final boss battle, but learning to reckon with and accept them.

We never quite learn the full story behind Madeline’s life to date and what experiences have left her so broken, but the story offers just enough insight that these details can at least be somewhat inferred. But really, Madeline’s past experiences aren’t the point anyway. Whatever has happened to her has led her here, to this mountain, grappling with severe depression and anxiety without a clear purpose in life, and Celeste is far more interested in Madeline’s journey to understanding and healing than the trauma that drove her to embark on her desperate ascent.

As I mentioned earlier, Celeste is a difficult game; make no mistake about that. It’s meant to be challenging, often imposingly so. But it’s also meant to be accessible, and the game excels at both. While you’ll likely die hundreds (and hundreds) of times, respawns are instant and on the spot, with no progress lost and no time wasted. Celeste also includes an “Assist Mode” for less skilled players, or for those only interested in experiencing Madeline’s journey without the stress of conquering a difficult platformer, and that is an objectively good thing. Games should be accessible to as wide an audience as possible, especially games exploring a subject as important, difficult, and complex as mental illness!

But I would implore those of you who do have the skills, but perhaps not the patience, to stick with Celeste on its default difficulty level to hang in there, not to earn some badge of gaming honor but because one of Celeste‘s most significant triumphs is how seamlessly and meaningfully the game manages to blend the player’s struggles with Madeline’s. The two always exist in parallel, and that direct relation is one of the characteristics that makes Celeste so special and triumphant.

Without spoiling too much, at one point we learn that Madeline is prone to panic attacks, and the way Celeste perfectly and terrifyingly recreates in a gaming context what it’s like to experience a real-life panic attack is one of the game’s most eye-opening and genuinely effective moments. In fact, I even had to take a pause and gather myself following that sequence because it’s just so raw for those of us who have had to reckon with panic attacks (again, raising my hand here). 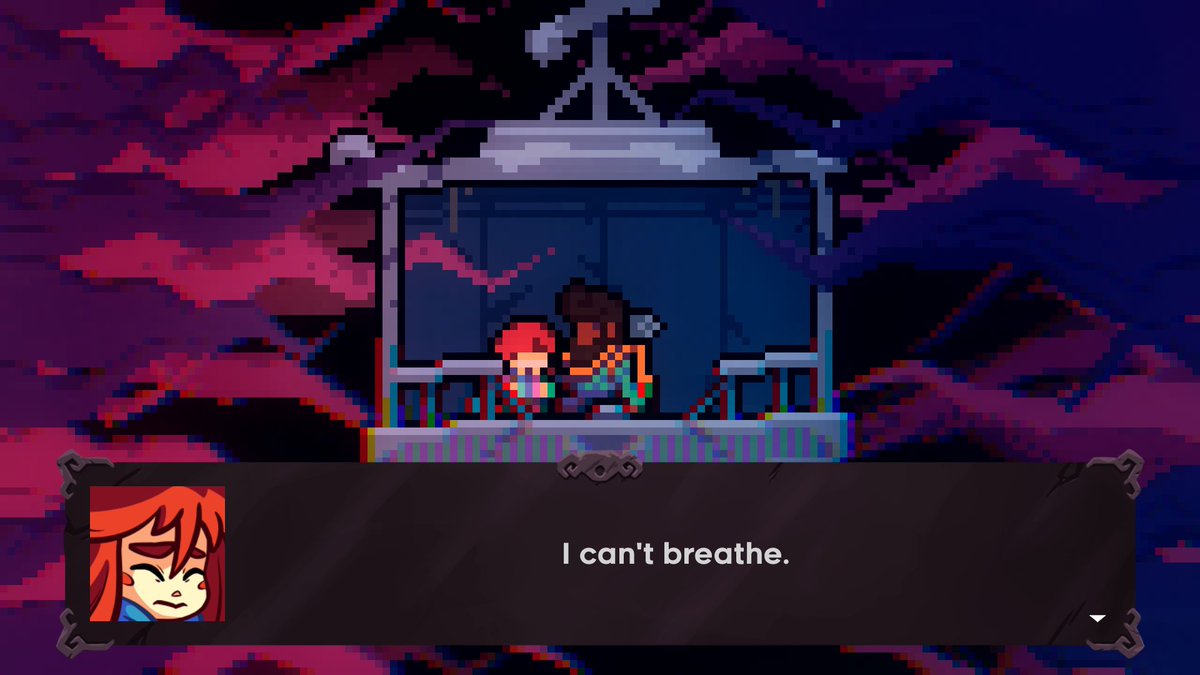 Madeline might be one of the most relatable video game protagonists of all time, especially for those who struggle with mental illness.

Celeste is a narrative and thematic masterpiece that really should be played by everyone, but is absolutely essential for those who struggle with mental illness. Instead of telling a relatable story and shining a spotlight on an incredibly important issue despite being a video game, Celeste uses gaming’s unique advantages as a medium to inform and enhance these aspects, cementing this title’s legacy as a modern classic. It also just happens to be a really great video game, and if you end up crushing hard enough on Celeste‘s satisfyingly precise platforming gameplay to keep going beyond the story’s conclusion, there are plenty of optional, ultra-hard objectives to take on like collecting every last strawberry in each level and conquering the brutally difficult “B-Side” and “C-Side” stages.

Even among other games that focus on mental illness, Celeste stands apart as a true achievement in video game storytelling and irrefutably proves that, as a medium, video games are more than capable of tackling difficult real-life problems in meaningful, thoughtful ways.

Now, if you’ve already played Celeste or have tried it and decided it’s not your cup of tea, fear not! Especially these days, you’d be surprised how many other games there are that bravely and successfully tackle different aspects of mental illness. While I don’t have the time or space here to cover them in-depth like I did Celeste, I can certainly point you in the direction of several strong choices, including Night in the Woods, Gris, Hellblade: Senua’s Sacrifice (trigger warning for those who experience psychosis, also lots of violent graphical content), Child of Light, and Zarvot (though this one is more open to interpretation).

In closing, I hope any and/or all of the above-mentioned games shine some light on your own silent mental health struggles and help empower you, even in some small way, to understand and reckon with them!

Read more by checking out our Games and Apps page!

Safe In Our World Teams up with Football Manager!

The Pep Talk: How to Beat Depression – A vlog series by Julia Hardy